Humber based UK sludge titans Battalions have been described as ‘cowboys from Hull’ when enthusing about their brand of Southern flavoured blues laden belligerence. They’ve certainly been likened to such heavy weight names as EyeHateGod and Iron Monkey, albeit with more powerful, intelligible vocals. Every tune drips with Sabbath sized riffs that chug and crackle, defying you to throw a claw skyward and bang your head until you see stars.

Battalions have been bothering the ear since their inception in 2010, putting out three hardnosed, bruising full length albums of decidedly noisy stoner/sludge that look to batter you into submission with a strange mixture of cheerful charm and ferocious, roaring noise.

Pure Humber Sludge is a celebratory discography release that combines the independently released and previously out of print Nothing To Lose (2016) and Moonburn (2017) albums, given new life on APF Records who signed them for their Forever Marching Backwards LP in 2018.

As such, this abrasive retrospective brings to the attention of newer fans just what they had missed out on as the Battalions found their feet, and true to their manifesto of ‘Big dirty riffs with horrible vocals’ these fifteen tracks are, on the surface, what it says on the tin.

A Coward’s Manifesto comes out of the blocks with big, thick rich tones that do the original recordings at Skyhammer Studios credit. Deep lazy, southern blues with just a tinge of hardcore that nods its head towards New Orleans supergroup Down, or even Exhorder, but looks to dirty it up further with a raw, barking vocal delivery.

Hoods Up, Knives Out is almost a quintessential British anthem these days; like the band practically drag you into an ally and give you an aural shoeing, but with underlying class as the huge, almost gleefully bouncing violence comes wrapped with skilful melody, recalling the likes of Baroness, or even fellow British bruisers and fellow label mates Desert Storm,with their brand of muscular stoner metal.

At times listening to Battalions is like the Pan Galactic Gargle Blaster from The Hitch Hikers Guide To The Galaxy, as in it’s like having your brains smashed out with a slice of lemon wrapped around a gold brick, or in this case smashed out by some melodic blues melody wrapped in anvil heavy, face scratching metal. Blood Red for example is almost jaunty with its stomping hooks, if Matt Walker’s drums weren’t pummelling you into submission and Phil Wilkinson wasn’t barking in your ear like a junkyard Doberman after an enforced two days fasting.

At times listening to Battalions is like the Pan Galactic Gargle Blaster from The Hitch Hikers Guide To The Galaxy, as in it’s like having your brains smashed out with a slice of lemon wrapped around a gold brick…

The tracks zip past at a rate of knots, almost becoming a blur, not because the music is non-descript, but because it is so catchy and enjoyable that it seems there is always a towering riff or breakdown merely minutes away. This review would be too long to cover every single track in detail, but Battalions are far from a one note prospect and there’s plenty of highlights along the way, like the sudden punk tilt they embark on during Bog Faced Royor the rock ‘n’ roll stomp of God’s Cuntry.

If you want to chart the band’s musical evolution, then press pause after track 8 and take a break to separate Nothing To Lose from Moonburn or else you’ll be 13 tracks deep into this discography before you suddenly realise that there are delicate shifts in the style.

Don’t get me wrong, nothing from track 9 has anything less than the demure attitude of Trainspotting’s Begby in a bar fight, but there are more layers to the sound, more experimentation that is akin to a boxer feinting left before catching you upside on the chin with a well-placed right as the likes of Betrayal And Delusion and Amazonian Woman show.

Rounding out with the almost whimsical blues of Another Meaning For Death, Pure Humber Sludge is an enjoyable battering that’s easily worth the price of admission. There’s not a track that could be described as a dud, and frankly even if there was, then Battalions subscribe to Therapy?’s philosophy of ‘don’t worry, there will be another track along in about 3 minutes’.

Available direct in a variety of quality looking bundle options from APF Records and no matter which option you grab this album is a steal, whether you choose the T-shirt bundles (at time of writing there is a mere 8 out of 100 left so get on it!) or just go for the basics digital download and ensure that the band get to celebrate another 10 years down the line. 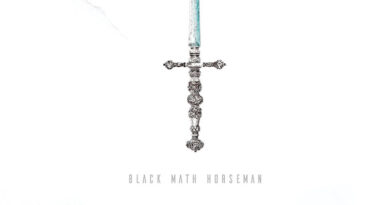