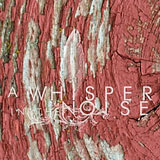 There is a hoary old debate occasionally dusted off, and probably worth having, about what constitutes ‘heavy’ music, when the thudding blues rock of Sabbath is considered (rightly) to be heavy by many (like me) than the most overly ‘loud’ produced deathcore, or whatever it’s called this week, where EVERYTHING IS AS LOUD AS EVERYTHING ELSE SO ALL YOU HEAR IS ‘ACK ACK ACK.’ And moments of quietness by bands such as Oxbow or Neurosis can be more unsettling and spiritually heavy than any Slipknot ‘breakdown.’

However the rub might be that heavy isn’t really about the sonics, but much more about the emotion and feeling within the music, making it feel ‘heavier’ with the weight of experience, rather than the weight of a machine going through the motions. So with this CD by A Whisper In The Noise (somewhat apt title), what we get, and which merits it being looked at by lovers of heavy music, is a feeling that the weight of the world is being carried, that despite the external pretty elements (strings, gentle male and female vocals, drums tapped tentatively), there is a world-weariness here that taps into the same perversely satisfying vein as good doom metal.

The tone itself is important, as with a lot of ‘doom’, the warmth of the recording is often a signature we aren’t just going for triumphant, machines in full cry metal, and here the sound is blissfully cocoon-like, as if you are in a wooden hall with these people making their beautiful, yearning sounds. There are elements of bands like Sigur Ros, Earth, Boris (during their Sunn excursion), A Silver Mount Zion, but this male/female duo makes its own brand of expansive loveliness. It grew, fascinatingly, out of main man West Thordson’s experiences moving into the abandoned Minneapolis school he attended as a child, and expressing the exquisite rural isolation felt there through sparse, elegant, deep music.

The album is a bit desolate, but as it feels like an honest expression of just ‘being,’ it naturally has up as well down moments, with songs like’ All My’ just blissfully expressing some bittersweet nature of existence, like Oneida trapped in a cavernous basement. It also has the rare treat of a catchy yet non-cheesy vocal. Open-hearted guitar picking, spare piano, swelling strings, all combining to produce that elusive paradox of an album that sounds so good you end up sinking into it, and not actually noticing it’s there. ‘To Forget’ indeed.

The intensity gradually, gradually builds throughout the album, with touches like distorted drums hardening the experience to something slightly edgier, less balefully contemplative.’ Sad, Sad Song’ then ‘Every Blade of Grass’ do this in different ways, the former a flowing, rolling anthem, the latter like Earth with a lost hippy singing angelically over the top.

So if you like low-key music, shot through with genuine feeling, and a widescreen, soundtrack quality, this is for you. But if you like music that’s slow, heavy and honest, I don’t see why you wouldn’t also find something in this to love. As soon as final track ‘Of This Sorrow’ finishes, I wanted to go straight back to the shivering strings of opener of title track ‘To Forget’ straight away, this isn’t an album you will forget. 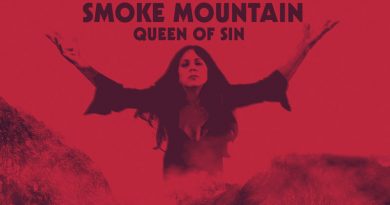