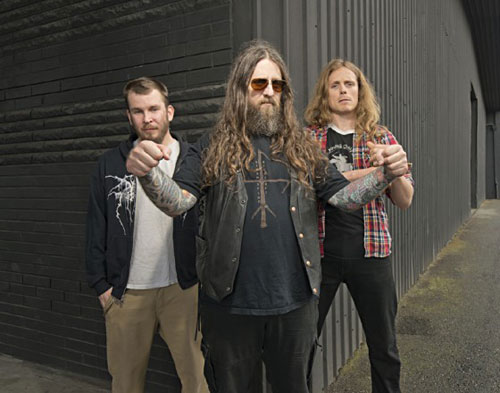 Following two furiously sold-out nights at renowned Brooklyn rock bar, Saint Vitus, as well as their mammothly efficacious European trek before that, Portland’s most prized doom craftsman, YOB, will return to the stage this Spring for a North American run supporting progressive black metal technicians, Enslaved. Slated to commence on March 5th in San Diego, the sixteen-date excursion will make its way across the country, coming to a close on March 24th in Boston. Additional support will be provided by Ecstatic Vision. 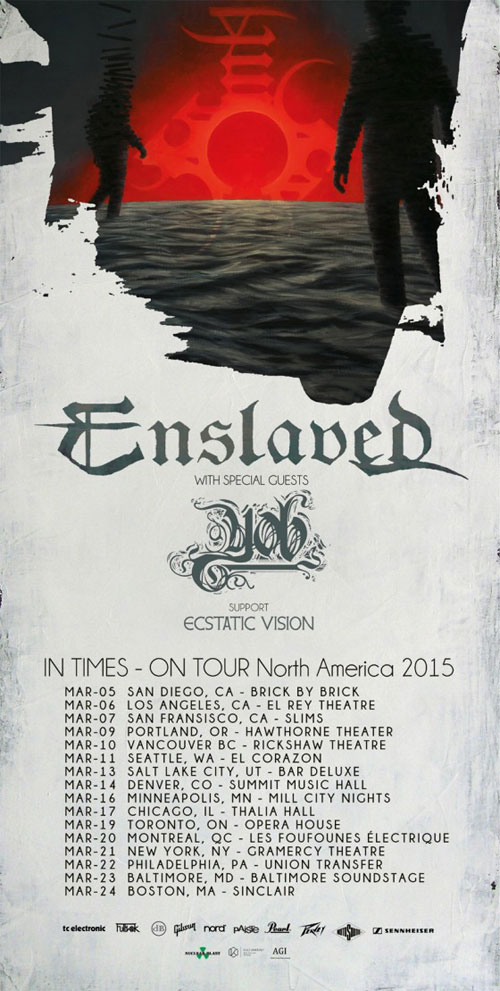 YOB will be touring in support of their critically-adored Clearing The Path To Ascend full-length, released early this Fall via Neurot Recordings. Recorded at Gung Ho Studio in Eugene alongside longtime YOB comrade/iconic sound wizard, Billy Barnett and mastered by Brad Boatright (Sleep, Beastmilk, Nails) at Audiosiege, Clearing The Path To Ascend has won the praise of major media outlets globally, that Paul championed in his review “Clearing The Path To Ascend is pure, concentrated Yob. Refined in the alchemical furnace of endurance and strength of will, the psychedelia, the crushing elemental heaviness and the sheer gush of soul that pours forth from Scheidt are all tempered, honed and amplified to the nth degree” as well as being featured in both Mark Hunt-Bryden‘s and Guido Segers‘ Top 10 Albums of 2014.

YOB’s Clearing The Path To Ascend is available now via Neurot Recordings webstore.