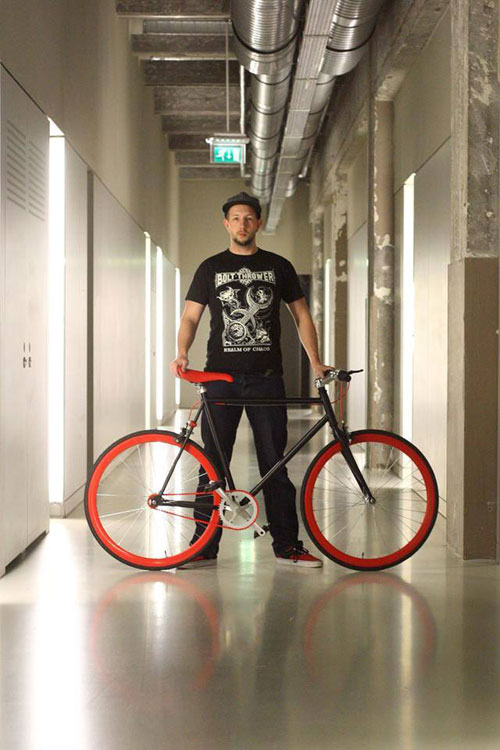 This is my first year as a Shaman apprentice and I’ve learned much I have to say. I’ve been writing these end of year lists for a while now, but this is the first time where I have to scrap content. I got to check out so many great albums and great shows, meet great people and get into the music I dig. I did that for the Shaman, but also other zines. I’m just going to share with you the albums I enjoyed most, regardless of their genre (I’ll leave out the hiphop I liked, simply because you won’t care, will you?). I’ve put them in some sort of order, but it varies of course.

I also always see this as an opportunity to once more point out some acts that are brilliant and that you might have glanced over. Truth be told, I probably missed out on tons too this year. Perhaps some names may get the attention they deserve this way. 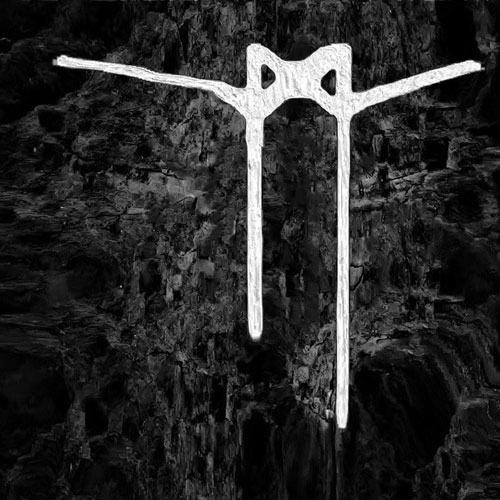 The charm of Raum Kingdom for me was mainly the clean and foreboding sound on their debut album. The Irish band was something intriguing to listen to and though maybe not as ground breaking or perfect as other things that came around this year, it did grab me instantly. The cascading riffs, the slow but surely approaching doom in their sound and their distinctness. They remind me of Primordial, if the mighty Irish would have chosen to sound more experimental and let go of their signature sound.

So just give them a spin and discover the bleak landscapes of the Raum Kingdom yourself. You will not regret it. 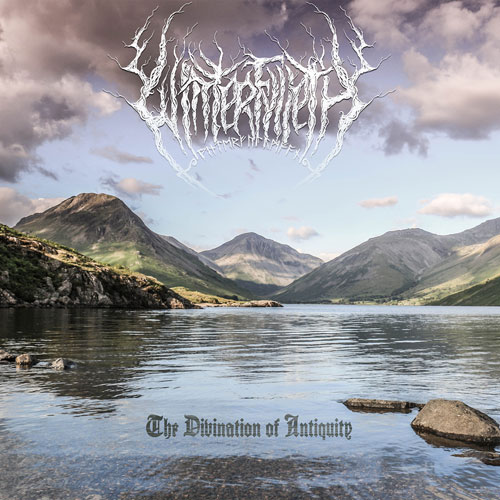 9. Winterfylleth ‘The Divination of Antiquity’

The English group have made a wonderful return with their new album. After the already mighty impressive Threnody Of Triumph, this slab of black, atmospheric metal certainly stuck with me. There is little of the aesthetics of the specific genre in their music though, which is much more inspired by the English landscapes, history and feeling than any grim, frostbitten darkness. To me it feels like a record with slow, languid passages, ripe with emotions and ideas.

Black metal may be a genre that is often seen as stale or moving into the spheres of post-metal, instead of trying something new. The wild torrent of music Winterfylleth produces is to me one of the best things I’ve managed to find this year. It deserves the label of being massive with all glory.

8. Yob ‘Clearing The Path To Ascend’

I have still not listened enough to this record to rank it higher and I know that sounds brutally honest and weird. It’s that album I try to listen to a lot and then something comes up. It’s alright though, it’s still in here. The almost spiritual, cosmic experience that Yob brings to the table in their music is something different. It is majestic and uncompromising, but a lesson in meditative constraint as well. The patterns keep building up, growing, wavering, ever onwards to the transcendental ideal that Yob is painting in their droning mantra outside of space and time.

Perhaps I’m simply not ready for Yob yet, but I will revisit this album for sure in future days. Something in the majestic sound of Yob keeps me intrigued and captivated by their amazing musical capabilities and skill in doing something totally different and wonderful. 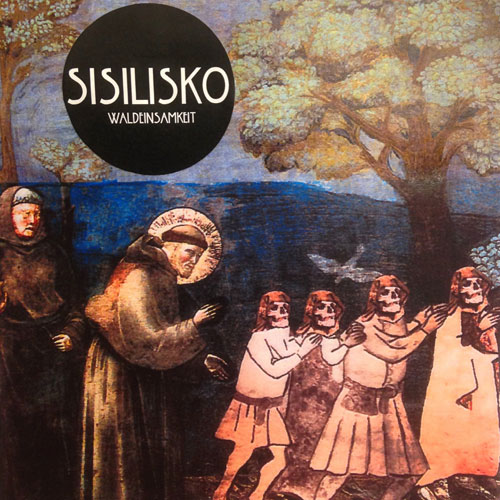 This was one of the first records I reviewed for the Shaman and it immediately gripped me. Their music is as calm and dense as a forest. That is the overlying theme of their music as well. Musically there is definitely an almost spiritual feeling to the minimalistic approach the band takes. A genre name like doom-folk would come closest to how this group actually sounds. The Swedes wrote an album that sticks to you, like a weed. It just won’t go away. To me it was one of the best things I have listened to last year, so perhaps you should check it out too. 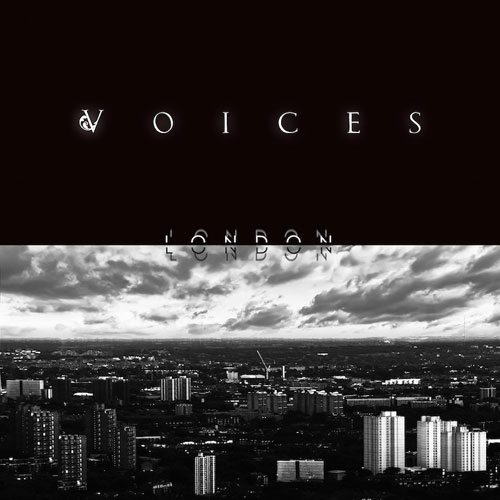 Making a good album in one of the most cliché based genres is no simple task, but still one that the boys from Voices grabbed with both hands. Being experienced in the arts of black metal from other bands like Akercocke and many others, these guys know what they’re doing. By putting out an album in this genre on a daring quest to describe and depict the city of London, the band shows guts. Fortunately it’s no guts, no glory and they manage to pull it off brilliantly and release a gem that should be checked out by anyone who likes atmospheric music that attempts to paint you a picture with variations and experiment.

The beauty of the album lies not in its cascading riffs or sheer brutality, but in its defiance of genre depictions and scene-based conservatism. By its open mentality, the band turned something extreme into music by implementing anything it needs. That alone makes it a worthwhile endeavour to listen to their album.

5. Godflesh ‘A World Lit By Only Fire’

How can this record not be in my year list? The triumphant return of the industrial metallers was already a fact with the EP Decline & Fall earlier this year. The album therefore was a welcome extra, because a band like Godflesh can be rather unpredictable I suppose. The album is impressive and vast, full of gritty urban rage and it’s also remarkably accessible. I will also have to admit, that I only got excited about this band not too long ago, since the term industrial normally makes me cringe and think of very, very bad bands.

I was bummed not to get it in for the review, but listened to it a lot lately. It’s raw and direct, nervous and earth shatteringly heavy. I suppose there is some of the influence from the project Jesu to be found in the music too, or other endeavors Justin K Brodrick has made in the Godflesh-less years. It’s the sound of Godflesh however, nothing else and no one else can sound like them. That’s a fact. 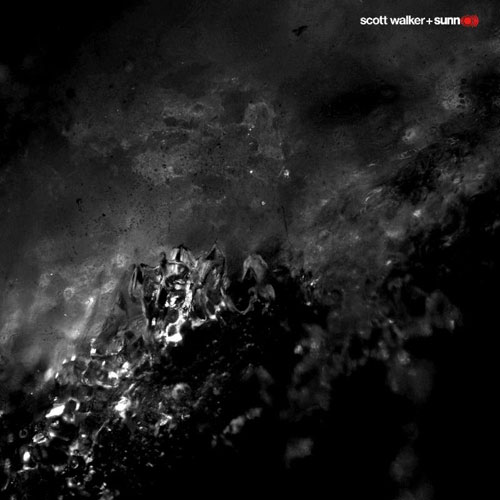 I suppose it helps if you actually followed the career of Walker a bit, since I only knew him from covering French language chansonier Jaques Brel once in the past. Obviously, the collaboration came as quite a surprise to me, but even more so the result. Dissonant sounds linger in the air, while Walker’s crooning voice is the thing that ties it all together. While the record is not something you’ll play for your friends, it is an avant-gardistic trip on your own. Also, these are, whether we like it or not, the records that give credibility to the metal genre when it comes to innovation and experiment.

Still, I mainly think it’s a brilliant record that packs the best of both worlds and must have been incredible fun to actually make for all artists involved. 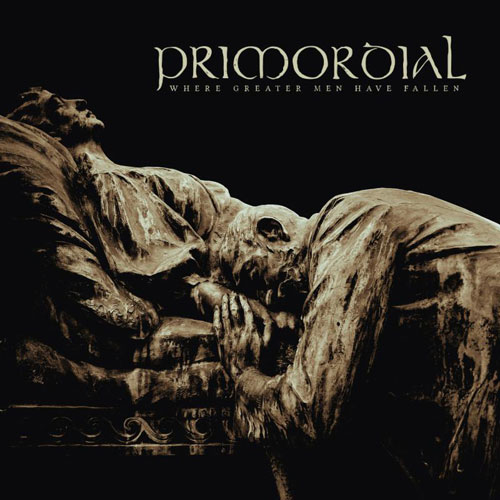 3. Primordial ‘Where Greater Men Have Fallen’

I’m not sure why I love the music of Primordial so much. Is it the dark layer of black metal that makes up its gloomy atmosphere? Maybe it’s the wonderful voice of Alan Averill, soaring high above and giving the music its unique epic appeal. I’m not sure, but the record they released (just) in 2014 is one of their very best and stands head and shoulders above the mediocre artists trying to sound alike.

The album is filled with doomy passages, grey landscapes and crumbled empires. The Irish storytellers are exceptionally good at putting out records that do more than just please you musically. Though this is a list for 2014, I feel this particular addition is timeless. 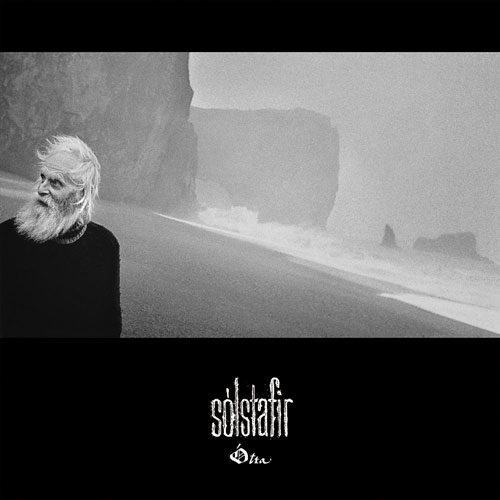 A big thanks to photographer Paul Verhagen for making me look back at this band. I had seen the Icelandic masters live before, on an open air festival, and it did not manage to convince me at all. I had given up on the band. If not for the persistent photographer, I would not have enjoyed the brilliant album that was released this year.

The sound is so gentle and strong at the same time. cold and warm, minimal piano play one moment and then wide and grand landscapes are depicted in their music. The vocals in their native tongue add another element of mysticism to their sound. There is no other band like Sólstafir, no other can produce such brilliance, veering between progressive and post-metal in its fullest meaning. There is no way this album can be left out of an end of year list in my opinion.

Earth does not change the landscape of music. They didn’t change it with their 2014 release either. Earth changes Earth and I think that’s more than enough for any band that has stood apart for years. The band managed to take that delicate sound of The Bees Made Honey In The Lion’s Skull and make it into a record that sounds full, rich and almost radio-friendly at times. Adding Mark Lanegan to the team really did something for me. I love the work of the gruff singer a lot and the combination makes a lot of sense, considering the broad spectrum of work Lanegan has produced.

The record surprises in how it shoes the sheer intensity that can be created without brutality or riffs that shift landmasses. The slow movements have a magic all of their own, full of shifting expression and colour. One moment the music is commanding, preaching and then lulling you to rest again in a continuous display of grace and care. There’s a bit of everything on this album and I feel both surprised as well as safe with it.