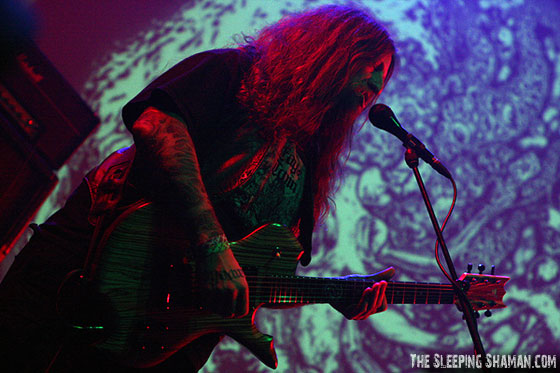 YOB transported fans into Catharsis as part of their Roadburn Afterburner performance on Sunday, April 15 at the 013 venue in Tilburg, Holland. Fan-filmed video footage of the concert can be seen below.

YOB are in the vanguard of contemporary doom because of the quality and originality of their psych-tinged doom metal music. Led by Mike Scheidt‘s crushing riffage and relentless stomp, the band has claimed their rightful place on the cosmic doom throne while generating new fans and momentum over the last couple of years.