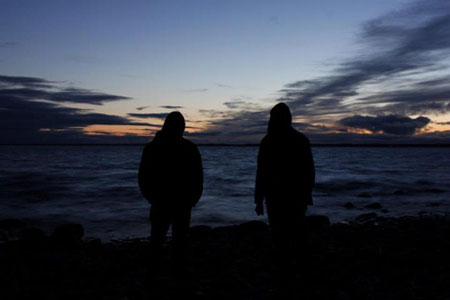 Finnish death / doom dealers HOODED MENACE recently announced their signing to Relapse Records and have now completed work on their first album for the label. The highly anticipated ‘Effigies of Evil‘ was recorded at the band’s own Horrisound Studios and is planned for a Summer 2012 release.

Additionally, the band has added guitarist Teemu Hannonen to the fold for their live shows, giving HOODED MENACE an even heavier sound than before. Current guitarist Lasse Pyykko comments:

“We´re excited and proud to announce that Teemu Hannonen (formerly Phlegethon) joins Hooded Menace as a 2nd guitarist! Finally our live sound will be richer and heavier as it should be! Also it´s very cool to have an old band mate of mine in Hooded Menace!”

Hannonen will make his live debut with the band at the following European shows.

‘Effigies of Evil‘ features cover artwork from the iconic David V. D’Andrea (Sleep, Agalloch, Ulver) and is destined to be one of the most haunting and destructive albums of the year. More will be revealed soon…