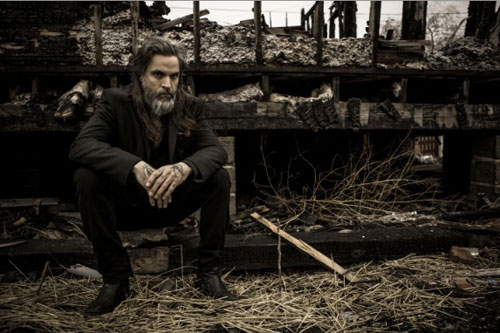 JR Robinson aka Wrekmeister Harmonies will be on tour in mainland Europe with Corrections House on selected dates this December. Wrekmeister Harmonies dates kick off in Berlin, Germany on the 6th December (list of dates are below). Corrections House features an all-star quartet of Mike IX Williams (Eyehategod), Scott Kelly (Neurosis), Bruce Lamont (Yakuza) and Sanford Parker (Minsk) and you can also read about their full tour HERE.

Wrekmeister Harmonies will be playing variations on the composition piece ‘Then It All Came Down‘, which will be released in its definitive form via Thrill Jockey Records in 2014. The piece will be performed solo by JR Robinson on baritone guitar and laptop on this December tour, with pre-recorded tracks featuring Fred Longberg-Holm, Esther Shaw, Anne Patterson, and Billie Howard on strings and Corrections House‘s Bruce Lamont’s haunting chants.

Watch the edited video of ‘Then It All Came Down‘ which also features Nachtmystium frontman Blake Judd below :

Earlier this year Wrekmeister Harmonies‘ released his newest record “You’ve Always Meant So Much to Me“, his first release on Thrill Jockey. Rock-A-Rolla Magazine described it as a “Brooding enactment of sonic theatre“.