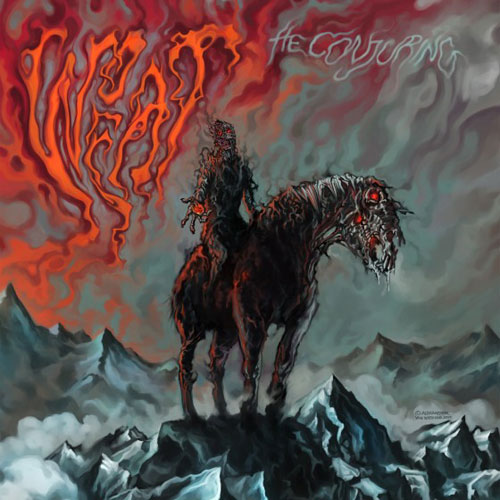 You can wade through as many WO FAT press quotes about being “Texas-sized” as you want or see how many top-whatever lists the band has made since the Dallas trio began raging in 2003, but none of that is going to be the same as staring down their swampadelic fuzz groove for yourself. If you want to know the monster, shake its hand.

Next month, WO FAT will release The Conjuring, their fifth full-length and second via the volume perpetrators at Small Stone Recordings. Much like their last two works — 2012’s The Black Code and 2011’s Noche del Chupacabra – The Conjuring is a heavy-riff/heavy-jam blast of a time, the sort of record that turns the vaguely interested into converts and makes the corners on squares look even sharper.

Guitarist/vocalist Kent Stump, bassist Tim Wilson and drummer/backing vocalist Michael Walter are jazz-combo tight and their roll is easy and natural, much like Fu Manchu, but far bigger and in the case of The Conjuring, far darker. There’s been a creature lurking in the woods since WO FAT’s 2006 debut, The Gathering Dark. Their second album, 2009’s Psychedelonaut, pulled back on the threat some to lighten the mood, but whether it’s the motor-driven rush of ‘Read The Omens’ or the you’re-already-lost-in-it riff-exploration of seventeen-minute closer ‘Dreamwalker’, The Conjuring is indeed a backwoods ritual. Bluesmen have sold their souls for less.

Veterans of Roadburn, slated for Freak Valley 2014 and self-sufficient with Stump handling the recording at his own Crystal Clear Sound on their home turf, WO FAT pushes their jams farther than they’ve ever gone before on these five tracks. Topped off with a mastering job from Nolan Brett at Stump’s studio and an otherworldly cover courtesy of Alexander Von Wieding, the beast that WO FAT’s tectonic riffage calls to earth has never seemed more real or more alive than it does on The Conjuring.

The Conjuring will drop via Small Stone Recordings on June 17th, 2014 on CD, vinyl, and digitally. Preceding the release, WO FAT will take their smoky stoner rituals overseas on a twelve-date trek with support from MOTHERSHIP. The games begin on May 27th in London. From there, the band will spread their jams through France, The Netherlands, Germany, Poland, Sweden, and Spain, including an appearance at the illustrious Freak Valley Festival sharing the stage with Truckfighters, Blues Pill, Solstafir, Mothership and more!

Preorder The Conjuring today at THIS LOCATION where you can also sample fourth track, ‘Beggar’s Bargain‘. 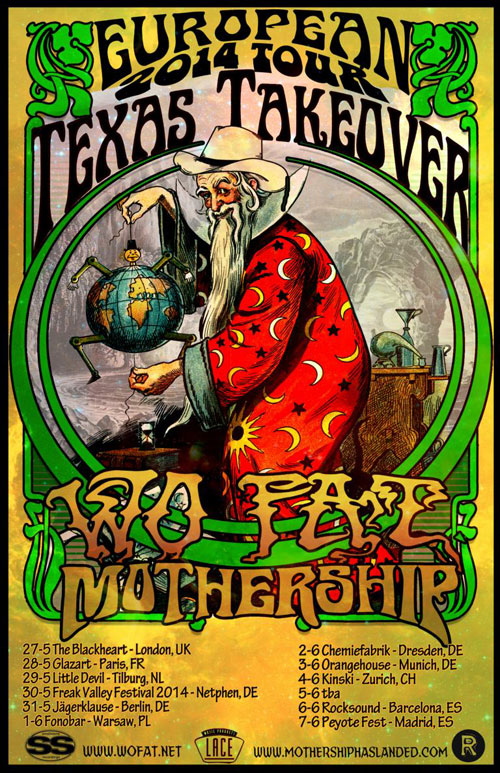 Further WO-FAT missives to be revealed in the coming weeks.