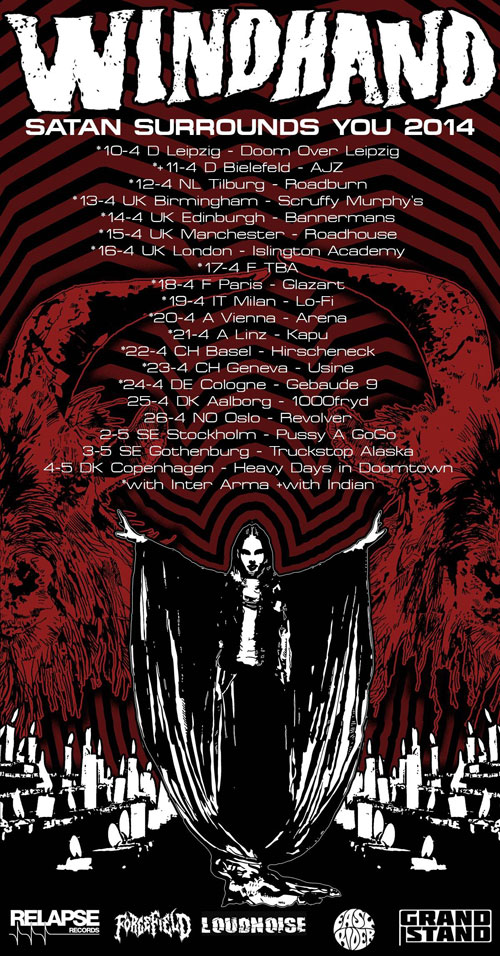 WINDHAND and INTER ARMA have today both unveiled European tour dates – many of which will take place with each other. The two bands, both hailing from Richmond, Virginia, will play Roadburn Festival alongside fellow Relapse artists True Widow, -(16)-, Indian, ASG, Locrian and Lord Dying.

WINDHAND drummer, Ryan Wolfe, commented: “We’re really excited to return to Europe and especially honored to be playing Roadburn and Heavy Days In Doomtown. We met some cool folks on our previous tour and looking forward to catching up with them. Plus playing with Inter Arma for a few weeks will be easy on my ears.”

INTER ARMA guitarist, Trey Dalton added: “We’ve heard nothing but pretty incredible things about how awesome it can be touring in Europe, and needless to say we’re very ready to experience that for ourselves. We’re most definitely looking forward to playing at Roadburn as we’re basically pals with half the bands playing, not to mention that we’ll be with some of our best friends in Windhand for the majority of the tour. That being said, I think we’re pretty excited about all of the shows. Most of us haven’t done a lot of international traveling at all so this is a pretty righteous opportunity.”

INTER ARMA will kick off their tour on April 4th in Antwerp, alongside INDIAN, and will meet up with WINDHAND to play Doom Over Leipzig Festival, before the two bands continue on together throughout Europe. The last date the two bands will play together will be April 24, before INTER ARMA play a final show then head home and WINDHAND plough on, playing shows up through Scandinavia.

WINDHAND completed a successful European tour towards the end of 2013, in support of their latest album, Soma which was released last September while INTER ARMA are yet to make their live debut on European soil, but their appearance will be much anticipated following rave reviews for their 2013 album, Sky Burial, both of which were released via Relapse Records.

The full tour dates are as follows: 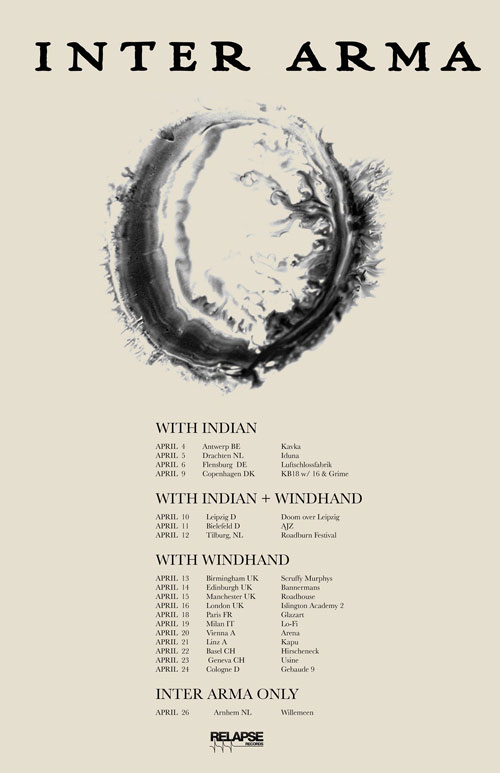