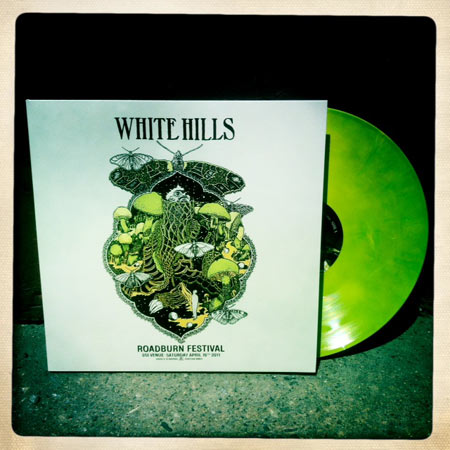 Burning World/Roadburn Records have been working hard the last year to get their releases over to the US. It sounds simple but in reality it takes a lot of work with shipments, customs, lost packages, reclaims with the insurance and all that. All energy that is spent on things they’d rather not do. That is why they have decided to partner up with two trusthworthy US based Canadian fellas. They go by the name of Outer Battery Records (don’t ask, another Canadian thing) and they will release and distribute some selected titles from the Burning World/Roadburn Records catalogue.

White Hills Live At Roadburn LP is the first result of their co-operation which can be purchased HERE, next up will be The Obsessed Live in Koln 92 vinyl in the fall. Outer Battery Records first releases are the J. Mascis project Heavy Blanket and Dinosaur Jr’s live set of their performance of the Bug album, all of which are available in the Outer Battery web store.