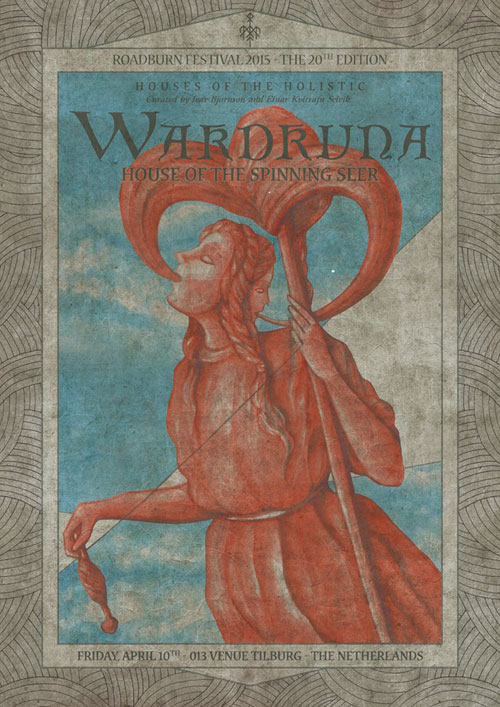 Winners of the award for Best Underground Band at the 2014 Metal Hammer Golden Gods Awards, Norway’s Wardruna will present a very special performance, dubbed House Of The Spinning Seer, at Houses Of The Holistic, Ivar Bjørnson’s (Enslaved) and Einar “Kvitrafn” Selvik‘s curated Roadburn event on Friday, April 10 in Tilburg, The Netherlands.

“We are very exited as well as honored to be back to perform at Roadburn 2015″, says Einar “Kvitrafn” Selvik, “and so we plan to use this occasion to give the audience a concert out of the ordinary. It will be a Wardruna concert in an all-new form. With almost twice the amount of musicians that we normally have on stage, our sonic threads of old and new shall be majestically spun and our soundscape carefully woven on the loom of the spinning seer.”