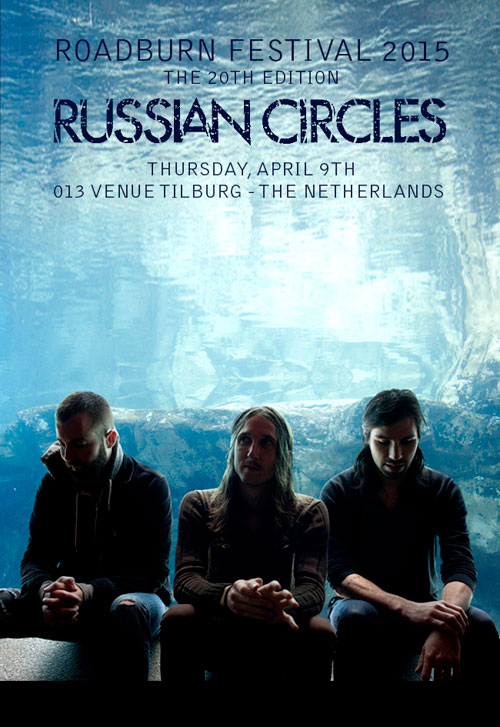 Already veterans of Roadburn, Chicago instrumental trio Russian Circles will return to the 20th edition of Roadburn Festival for a much anticipated main stage performance on Thursday, April 9 at the 013 venue in Tilburg, The Netherlands, filling the main hall with their spacious, tonally lavish sound.

With a blend of post-rock airiness, heavy riffing and progressive rhythms, they are one of the most evocative instrumental bands in the underground today, Walter & co at Roadburn couldn’t be more excited to welcome them back.

Russian Circles released their fifth album, Memorial, last year on Sargent House, and followed up 2011’s brilliant Empros with their defining statement. A record at once lush and sparse, progressive and raw, emotional and cerebral, it brought the trio of guitarist Mike Sullivan, bassist Brian Cook and drummer Dave Turncrantz to a new level of achievement in their sound. Complete with a guest vocal from fellow Roadburn alum Chelsea Wolfe and wider soundscapes than they’d ever crafted before, it demonstrated the gorgeousness and patience in Russian Circles’ songwriting.

Russian Cicles will mark their 10th anniversary in late 2014, and Roadburn are extremely happy to be there as they move into their second decade and move forward from Memorial to the next stage in their evolution!