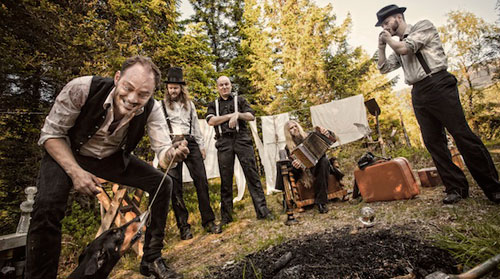 Progressive dark-rock visionaries VULTURE INDUSTRIES recently made an animated video for “Lost Among Liars”, a new track from their forthcoming Season of Mist debut, ‘The Tower‘. Designed by renowned artist Costin Chioreanu, the video clip is being premiered at Metal Hammer over at THIS LOCATION.

VULTURE INDUSTRIES previously streamed the title track from ‘The Tower‘ which you can check out via a lyric video below:

On other news, VULTURE INDUSTRIES just commenced a new live theater project with the Happy Gorilla Dance Company. The project, titled “Turning Golem”, is a unique take on theatrical performance combined with music from ‘The Tower‘. “Turning Golem” is being staged on three separate dates: August 17th at the Dark Bombastic Evening in Transylvania, Romania, October 25th at the Garage in Bergen, Norway on and October 26th at Phantoms of Pilsen Festival in the Czech Republic. “Turning Golem” features five tracks from ‘The Tower‘ during the show. A full list of tour dates can be found below.

‘The Tower‘ is slated for release on September 27th. The album was recorded at the Conclave & Earshot Studios in Bergen, mixed by Herbrand Larsen (ENSLAVED) and mastered by Jens Bogren at Fascination Street Studios (OPETH, KATATONIA, DEVIN TOWNSEND, IHSAHN, ENSLAVED). 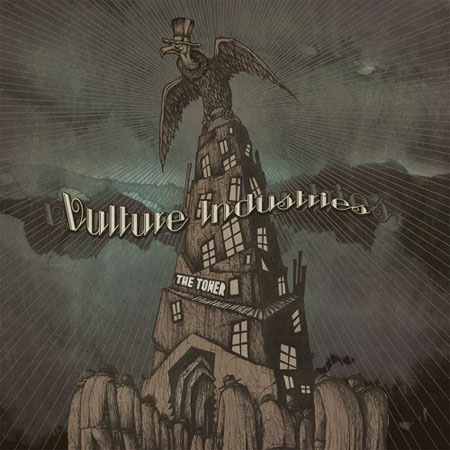 Through their charismatic musicianship, VULTURE INDUSTRIES quickly earned the reputation of a formidable live act, characterized by the fusion of technical prowess with eccentric, manic performances by front-man Bjørnar Erevik Nilsen. ‘The Tower‘ is available for preorder here, and will be available on CD and LP. The limited first pressings of the ‘The Tower‘ will include a limited bonus track.