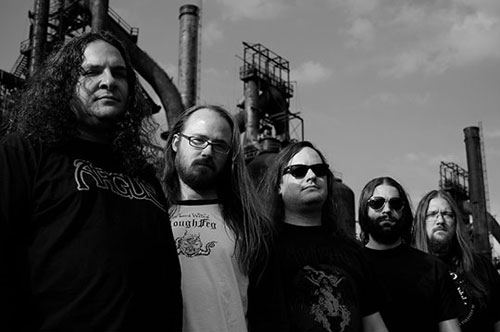 Pitchfork.com has posted the exclusive world premier of “No Peace Beyond The Line,” the brand new track from Pennsylvania doom metal outfit ARGUS. The song, taken from the band’s forthcoming third full-length Beyond The Martyrs, is streaming at this location.

Beyond the Martyrs starts where their 2011’s release Boldly Stride The Doomed had left us…at the Ruins of Ouroboros. In between these two releases ARGUS has tested its strength and valor in several live shows both in their homeland and in Europe, receiving high praises from fans and from the record industry. Although a sense of impending fate marks again their compositions, the characteristic doom metal elements which were a distinguished trademark of ARGUS‘ past releases have now given way to what is primarily to a genuine heavy metal approach, its nature rooted in the most classic environment of Heavy Metal tradition.

Cruz Del Sur Music will release Beyond the Martyrs on October 1st in North America and October 7th release in the UK. 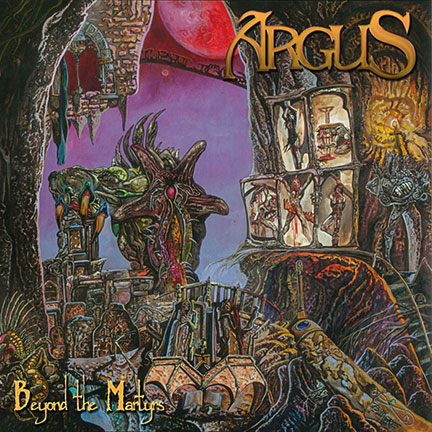 Pennsylvania’s ARGUS stormed onto the underground metal scene with their twin guitar-driven, doom-tinged, working class metal sound. Releasing a self-recorded demo in early 2007 on John Brenner’s (Revelation/Against Nature) DIY label, Bland Hand Records, the band was roundly welcomed by the metal community at home as well as abroad and established its foundation amongst friends/fans within the scene. With this initial momentum, the band created a buzz that was only solidified by their punishing live performances. Their self-titled debut album was released in May of 2009, receiving much critical praise. Following, was the 2011 release of the epic album Boldly Stride The Doomed, which also marks a switch to the record label, Cruz Del Sur. The band has continued to gain notoriety, traveling abroad and around the U.S. The release of their third full-length album, Beyond The Martyrs, is staged for release in October 2013.