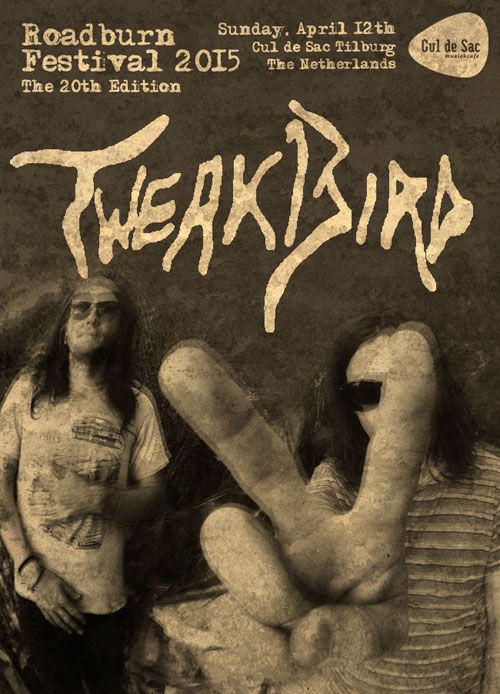 Tweak Bird’s blend of heavy riffs and playful pop is like nothing else, and today Walter & co are happy to let you know they’ve been added to the 20th edition of Roadburn at the very last minute! The L.A.-by-way-of-Illinois two-piece of Ashton and Caleb released their latest album, Any Ol’ Way, last year on Let’s Pretend Records, and as we’ve come to expect from them, it was an absolute blast, mixing slow and sludged-out vibes with classic hooks and raw psychedelia.

Their live shows are legendary and the Roadburn crew can’t wait to find out for themselves when they play the Cul de Sac in Tilburg, The Netherlands on Sunday, April 12.