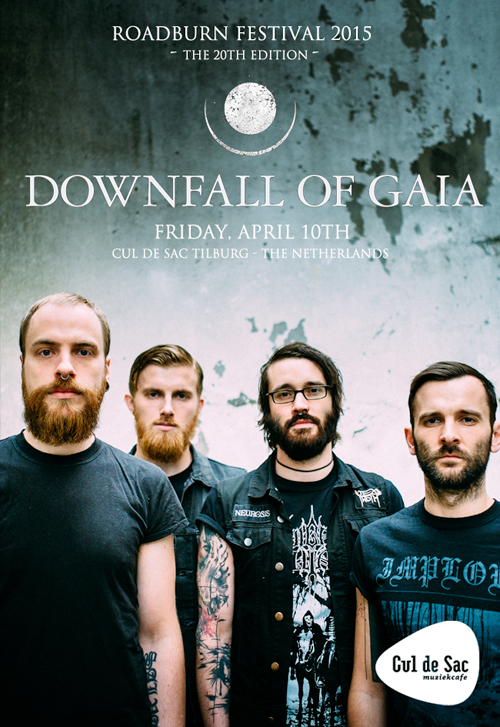 Over the years, Germany’s Downfall Of Gaia have drifted away from their fast, crust-punk roots, moving instead towards a more massive sludge and doom approach – their post metal leanings are an avalanche of black earth and murky waters, while their lyrics poetically describe the dark side of living.

Last November, the band returned with their massive third full-length, Aeon Unveils The Thrones Of Decay (out on Metal Blade) an album that addresses mankind’s most powerful enemy: time, which passes without mercy.

Walter & co can’t wait for Downfall Of Gaia to pelt and pummel the 20th edition of Roadburn with all their colossal shades of darkness on Friday, April 10 at Cul de Sac in Tilburg, The Netherlands.