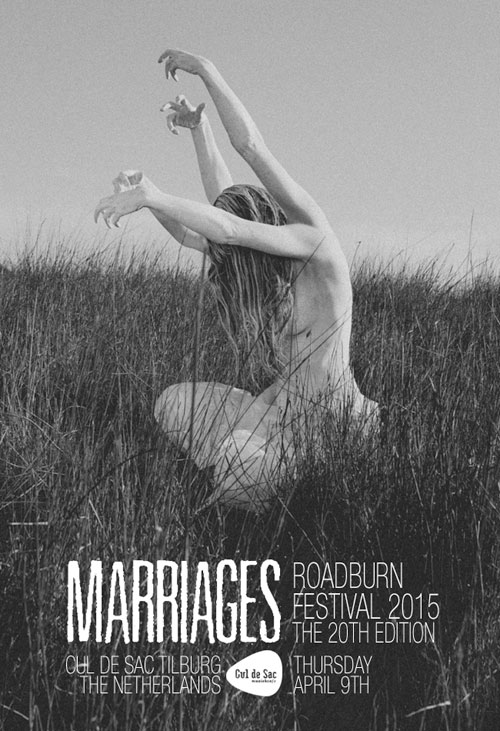 Roadburn is thrilled to announce the last-minute addition of Los Angeles’ Marriages to the lineup! The trio will release their new album, Salome, on April 7 and they recently teased the song Skin, which worked quickly to conjure a gorgeous and airy, ethereal post-rock.

Their slot at Roadburn will be the start of their 2015 European tour with Wovenhand, and Walter & co couldn’t be happier to help them launch it. Expect a full room when Marriages play Cul de Sac in Tilburg,The Netherlands on Thursday April 9.