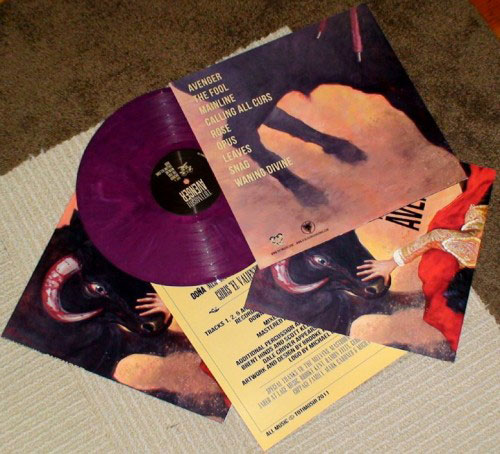 On May 29, At A Loss Recordings will unleash the vinyl edition of Avenger, the critically-acclaimed studio offering from California desert death rock trio, TOTIMOSHI. Championed by Rock Sound for its “smart and uniquely wonky brand of hard rock that’s sometimes bluesy, sometimes sexy, sometimes spaced out but never anything less than completely compelling,” and commended by The Obelisk for its absorbing variations, noting: “It’s dissonant but melodic, dirty and clean, noisy but engaging, structured but open,” Avenger is another eclectic milestone in the band’s already winding catalog of sonic ingenuity.

And now, Avenger will finally be available on vinyl! The pressing is limited to 500 copies and available on either opaque purple or black vinyl. Pre-orders are available at THIS LOCATION.