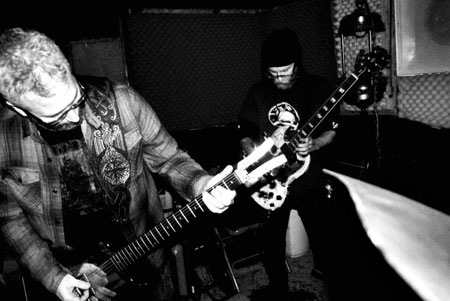 Heavy riff lifters The Obelisk have just premiered a brand-new track off of STONEBURNER’s upcoming Seventh Rule debut. Sickness Shall Pass drops next week, and features the seven-minute long progressive sludge crusher that the site’s H.P. Taskmaster calls “a killer song, and one that does a good job balancing the sub-psychedelic hypnosis present in the mostly-instrumental two-guitar outfit’s sound with their viscous tonal tsunami. There’s something melodic in it too, but it’s like they buried the melody alive and then dug it back up before putting it on the record.”

Recently, the psyched-out sludge fiends behind Portland, OR’s STONEBURNER were tapped to open for stoner doom legends SLEEP at Neumo’s in Seattle on June 4, 2012, and were also given the privilege of kicking off the proceedings when the highly-anticipated Decibel Magazine Tour hit Portland on April 22. According to the Decibel camp, “Portland houses newcomers STONEBURNER, which also houses Buried at Sea guitarist Jason Depew. Of course, since we were gaga over Buried at Sea‘s Ghost EP and all things associated with the heavy, we couldn’t resist requesting STONEBURNER to open the Portland date of the Decibel Magazine Tour”.

Formed in early 2008, STONEBURNER is a down-tuned metal band from Portland Oregon, the members of which are and were involved in Buried At Sea, Buried Blood, Heathen Shrine, Hideous Infant, and Scourge Schematic. Throughout their pained existence, they’ve shared stages with Saint Vitus, Buzzoven, YOB, Nachtmystium, and more (and are clearly no strangers to high-profile gigs!). In addition, they’ve just confirmed a show on May 24th with crust legends TRAGEDY to correspond with the release of Sickness Will Pass.

As the band themselves say, “We are influenced by a love for all forms of extreme music as well as the trials and stresses of life, and it has been our goal from day one to combine these elements into the heaviest of riffs, with deeply personal lyrics. We’ve found throughout our lives that music is the finest form of dealing with the pain, frustration, and drudgery of our meager existences…if we didn’t have this band, functioning day to day would be almost unbearable. Finally, after four years, we feel that we’ve recorded some shit that does justice to our live intensity, engineered and mixed with the help of our brother in arms Fester (Mongoloid Village, Burials). We are pleased to have Seventh Rule release our debut full-length album, Sickness Will Pass. 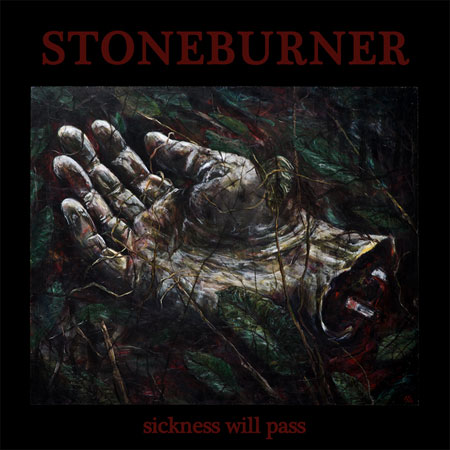