The ominously titled Surrounded By Shadows, the debut full-length release from Phoenix, Arizona-based psychedelic doom quartet, SORXE, is out now.

Independently released by the members of SORXE directly, who also engineered the album internally over multiple sessions throughout 2013, the monstrous Surrounded By Shadows has made an unexpected but incredibly well-received impact on the sludge/doom scene and well beyond. For a virtually brand new act to most listeners beyond a very cult audience who caught one of their performances throughout the Southwest over the past two years or picked up on their 2013 Realms EP, the SORXE moniker is searing itself into fans with Surrounded By Shadows delivering almost an hour of cathartic, dynamic and devastating top-tier sludge/doom metal with an endless array of twists and outside elements morphing their creative sounds.

In honor of its official release, American Aftermath is running a full stream of Surrounded By Shadows RIGHT HERE.

Surrounded By Shadows is available through SORXE directly on their Bandcamp page. 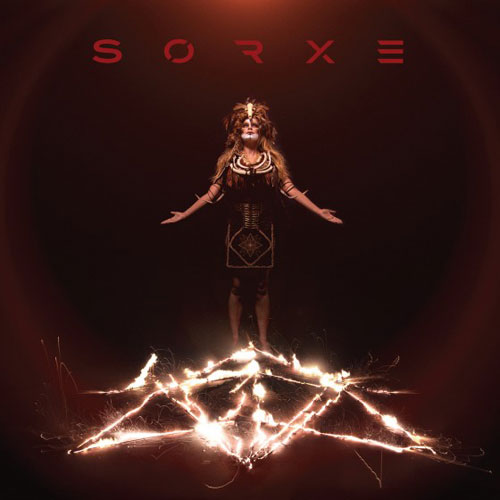 Also just announced is the routing for the band’s upcoming tour with state mates and headliners, GODHUNTER, as well as the band’s debut Los Angeles performance. Consuming virtually the first three weeks of October, SORXE and GODHUNTER will blaze the West Coast and Southwest US, the trek running them up through Utah, Colorado, Wyoming, Idaho, Washington, Oregon and California, in addition to kicking off in Arizona, and closing down in their home state as well, both set to storm Southwest Terror Fest III: The Western Front.

The tour also includes a show at LuciFest in Salt Lake City with Secrets Of The Sky, Demon Lung, Reproacher and more in addition to both touring acts. Just three weeks later, SORXE will make their debut Los Angeles appearance, having been confirmed to perform as part in the upcoming Midnite Communion II on November 15th. The event, dubbed “Out of the Woods,” will include live sets from Cough and Invdrs in addition to SORXE, plus original art showcases from Lucas Ruggieri, Krist Mort, Farron Loathing and Raoul “View from the Coffin” Mazzero, as well as an array of merchants and other ceremonial contributions and more.

Comprised of former members of Graves At Sea, Via Vengeance, Magnetplan, Daughters Of Fission and more, SORXE’s dynamic assault is fueled by two and multiple styles of layered vocals. A sprawling, diverse eruption of crushing doom, at times incredibly beautiful and tranquil, and at others overwhelmingly harrowing, its earthmoving riffs penetrated with undertones of grunge, psychedelic and ambient textures, Surrounded By Shadows was recorded by the band’s Tanner Crace in multiple sessions in June 2013 at Francisco Studios and February through June 2014 at The Vaulted Owl, the album mastered by Byron Villain Recording. Boasting a wide range of well-crafted tracks comparable in does along the way to Neurosis, Ufomammut, Yob, Hull and others, the album’s cover art was constructed by Josh Graham. 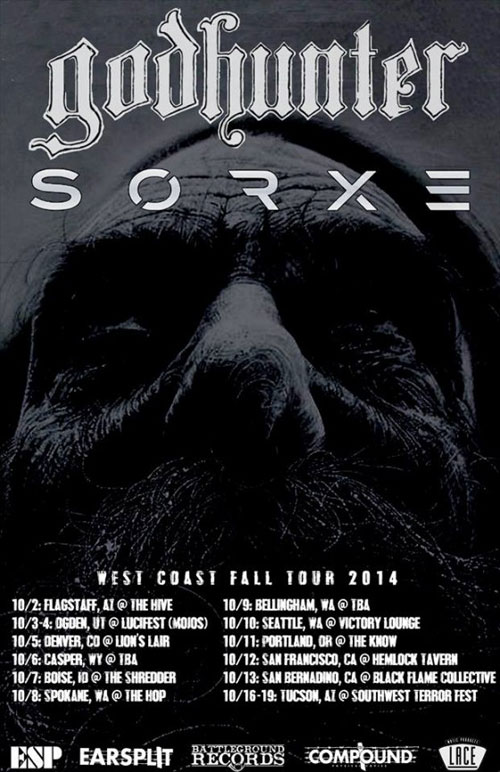