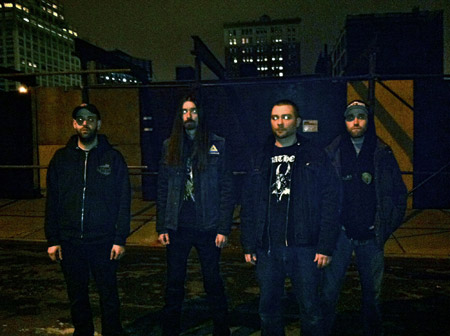 The band initially released their debut 7” Depraved earlier this year via Parasitic Records, Saul’s review for which can be read HERE and recently wrapped up recording their self-titled full-length debut, set for a fall 2012 release via Relapse.  Bassist Jay Newman commented on the signing:

“Serpentine Path is honored to announce that our debut album will be released by Relapse Records! The four of us aim for nothing but the most uncompromising and intense death/doom metal songs we can possibly create.”