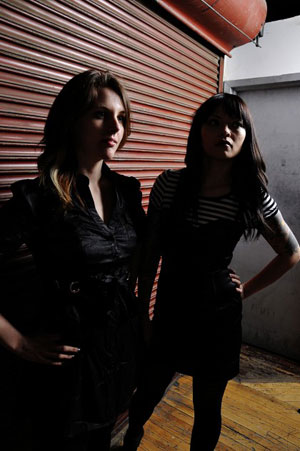 Calgary-based doom-duo MARES OF THRACE will release their debut full-length The Pilgrimage on CD and digital download this April 24th, the first in their multi-album worldwide deal with Sonic Unyon Metal. An LP pressing will follow at a later date.

The anticipated follow-up to their 2010-released The Moulting, the new MARES OF THRACE album The Pilgrimage sets a new bar for the duo, with nearly 43 minutes of material more creative, compelling and crushing than before. The Pilgrimage was recorded at Chicago’s Engine Studio with producer Sanford Parker (Nachtmystium, Pelican, YOB) and mastered by Collin Jordan at Boiler Room.

Get your first sampling of the new album now, by streaming the third track from The Pilgrimage, “The Gallwasp” hosted by BrooklynVegan AT THIS LOCATION. 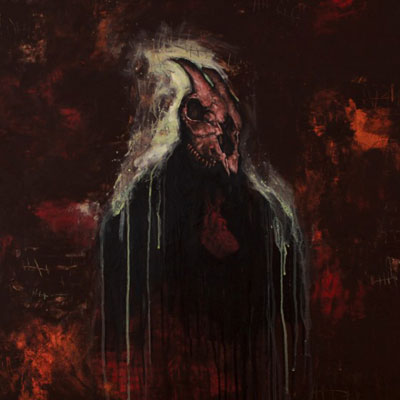 Comprised simply of guitarist/vocalist Thérèse Lanz and drummer Stefani MacKichan, MARES OF THRACE show traces of multiple strains of forward-thinking extreme music and organically fuse them into their own entity. It becomes all that more powerful in the live setting, which fans will be able to see for themselves as they take to the road in support of the new album this Spring. The routing is still being confirmed but will see the band storming through the upper US and lower Canadian regions for nearly 30 dates. Stay tuned for further updates as more shows are confirmed in the coming weeks.

A full MARES OF THRACE live set filmed at a hometown Calgary show in February and more can be viewed below.