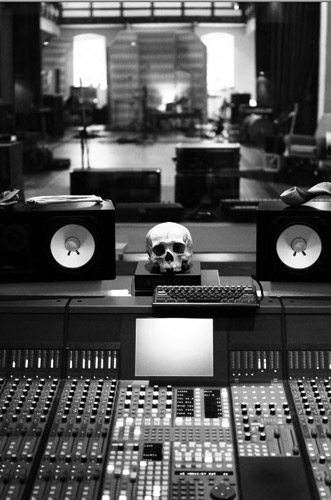 Neurot Recordings are proud to announce that AMENRA have entered the studio this week to record their fourth full-length, Mass V.

Producing the record is the brilliant Billy Anderson (Eyehategod, Neurosis, Om, Swans and so many more) and for the setting, La Chapelle, an old chapel now turned professional studio, in the heart of the Belgian Ardennes. For AMENRA the ideal ground to record Mass V, their “heaviest and slowest album to this day” – so says vocalist Colin Van Eeckhout. He continues to reveal how this record was “the hardest one for us to write and record, it nearly killed us. it’s the album we said we were never going to write.” – and with that, we can no doubt expect an absolutely crushing release from them later this year on their new home, Neurot Recordings.

As previously reported, Neurot Recordings founder and Neurosis guitarist/vocalist Steve Von Till commented “I am eagerly awaiting the sonically induced spirit quest that will be Mass V at the Church of Ra.” – and so are we!

Finally, check out the promotional video below for the band’s Russian and Ukranian tour which kicks off on 16 May in St Petersbourg.