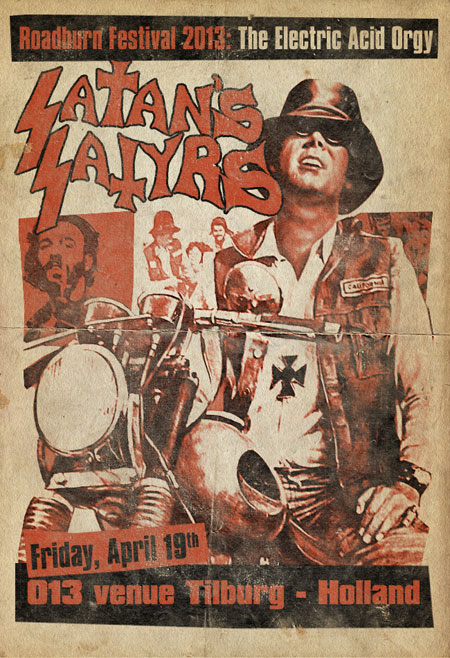 “We have the latest debauched acid rockers drenched in 60s acid… Satan’s Satyrs, says Jus Oborn, “This band is already legendary around here for their ultra-sick demo tape that really pushed the filthy line between 60s punk and doom… Sabbath, Venom, Stooges, Flag.”

“Then they did it again with their debut LP: Violent, filthy, ugly and loud like it should be. Fuckin genius!  We knew that they had to play this immediately. And they truly understand the spiritual importance of exploitation movies and horror culture (not just ripping it off)… from 50s comics to biker / horror hybrids… they know…the chosen few….”

CROWN: Digital Download Of Debut EP ‘The One’ Available Today