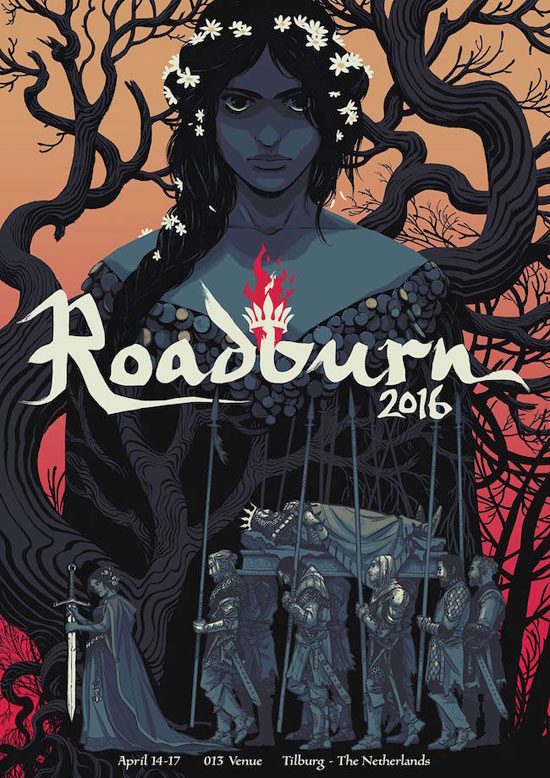 Tickets for Roadburn 2016 have been on sale for a couple of weeks now and as we wait with bated breath for who will be confirmed next, we didn’t have long to wait though as the latest announcement includes solo sets from Neurosis stalwarts SCOTT KELLY, STEVE VON TILL and more, read on…

Neurosis are so much more than a band. At times, they seem to be at the heart of a sentient organism, fully functioning all by itself, with the activities of their members and of the entire Neurot family constituting the remaining organs and limbs of this fascinating creature. None of those activities are more deeply connected and enwrapped around that ever-beating heart than the solo careers of guitarists/vocalists SCOTT KELLY and STEVE VON TILL themselves. Therefore, it is but natural that the Neurosis 30th anniversary celebrations that will take place at Roadburn will also include a typically intimate and profoundly touching solo performance by each of the two musicians.

SCOTT KELLY and STEVE VON TILL will therefore complete the weekend-long Neurosis anniversary experience with both performances taking place at the Het Patronaat on Friday, April 15th. Each of them will be a life unto itself that must not be missed.

Read more about SCOTT KELLY & STEVE VON TILL at Roadburn 2016. 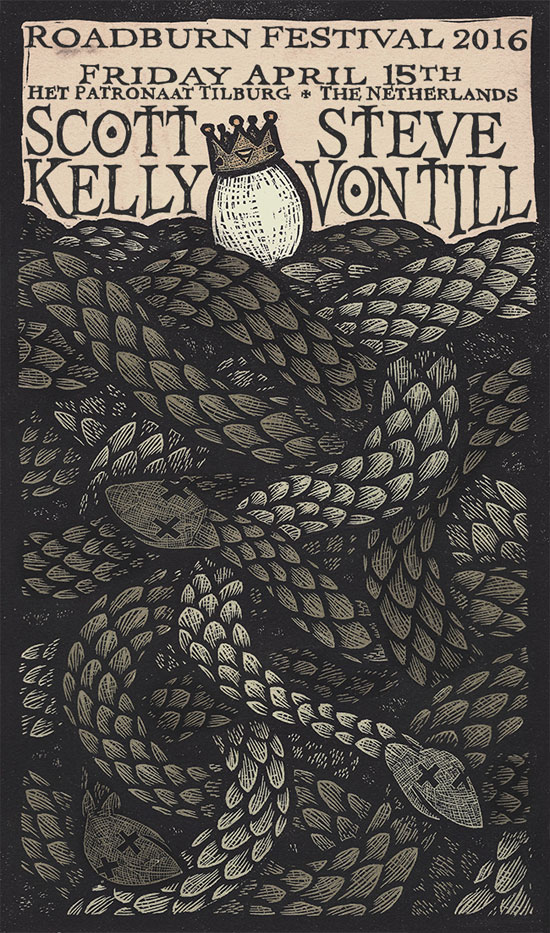 JAKOB will travel from far, far away to provide you with a moment of introversion – an hour of a special kind of beauty filtering through the weekend haze – all the way from their beautiful coastal hometown of Napier, New Zealand, but it will surely be as worthy for them as it will for us, when the connection is established between band and audience. JAKOB‘s is a sharp beauty, good-natured but with a lingering, riff-ridden menace to it; soothing, but able to stay in your memory for a long time after you experience it. JAKOB will play Roadburn on Sunday April 17th.

Read more about JAKOB at Roadburn 2016. 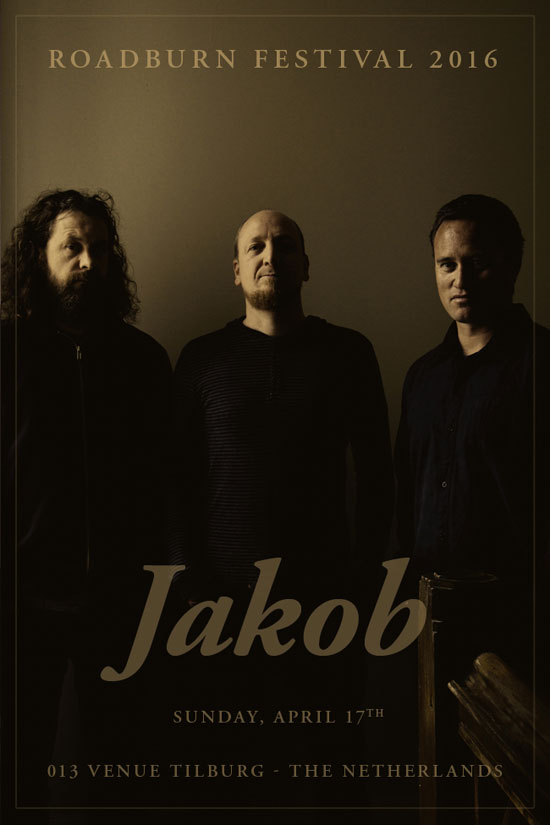 Read more about MIDNIGHT at Roadburn 2016. 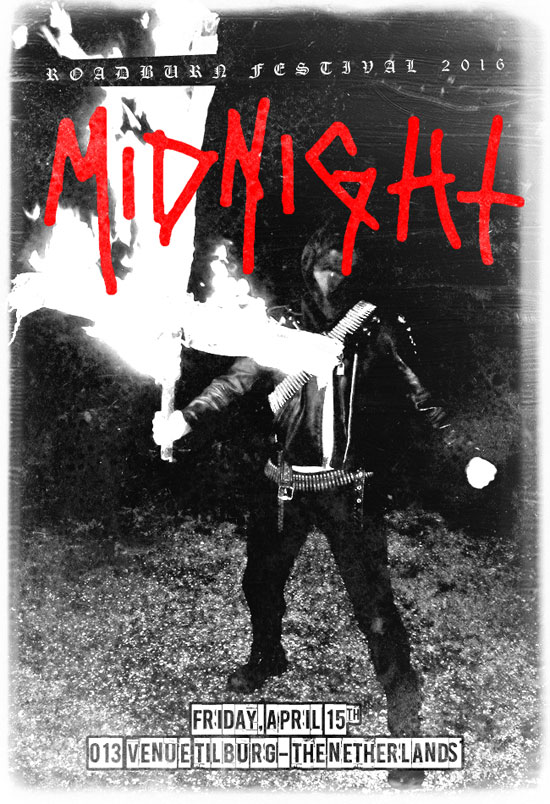 Former Anacrusis guitarist/vocalist KENN NARDI brings his forward-thinking metal to the stages of Roadburn on Saturday April 16th. Between 1988 and 1993, in an era when thrash was anything but dark or progressive, Anacrusis produced four critically-acclaimed albums that were heralded as cornerstones of dark, angular, progressive thrash. The band dissolved shortly after releasing their fourth and final album, Screams And Whisper and this performance will mark NARDI‘s first show in The Netherlands since Anacrusis’ final original-era performance in 1993. A singer/songwriter at heart, but with a background in metal, hardcore/punk and early gothic rock, KENN NARDI is an innovator whose works still resonate to this day. He will be performing a wealth of material from the Anacrusis catalog along with selected solo tracks. 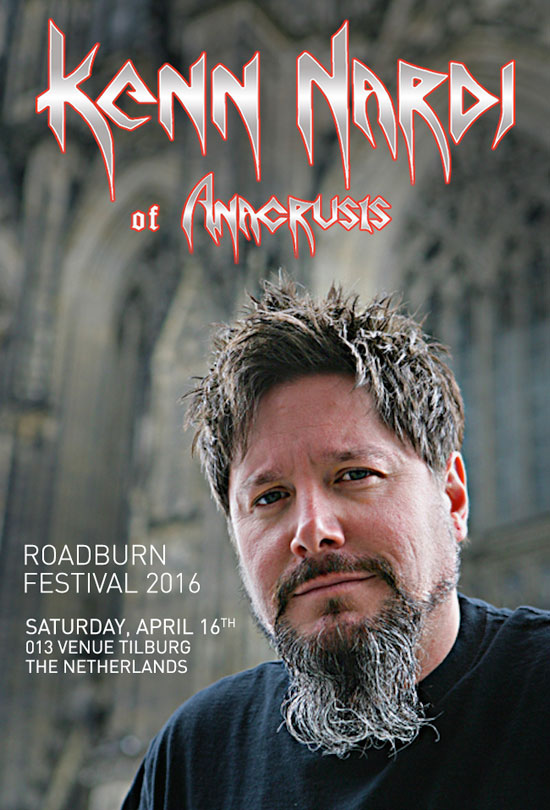 While further additions include ambient post-metallers, KONTINUUM, another Icelandic band that caught Walter & co’s rapt attention, and they will be giving them a platform to reach a wider audience at Roadburn 2016 on Saturday April 16 at the 013 venue.

Read more about KONTINUUM at Roadburn 2016.

Philadelphia heavy psych trio, ECSTATIC VISION, brought to the attention of Walter & co by former Roadburn curator, Ivar Bjørnson of Enslaved. Frantically whirling into their vast hallucinogenic haze, Bjørnson heavily praised the band’s guitar-driven and zoned-out debut album, Sonic Praise (out on Relapse), and it took the Roadburn crew only one toke to get completely hooked and they’ll now be playing on Sunday April 17 at the 013 venue.

And finally Norwegian Psychedelic space rockers, BLACK MOON CIRCLE with their heavy guitar lines, vocals and lyrics about interesting subjects of a sci-fi and space nature, intense drumming and bass lines and a love for long jammed out songs characterize the band, a perfect band for Roadburn 2016 who’ll play on Friday April 15 at the 013 venue.

Roadburn Festival takes place between 14–17 April 2016 at the 013 venue, in Tilburg, The Netherlands and tickets are on sale now!

LUMBAR: Track From Cavernous Debut LP Is Live At The Obelisk