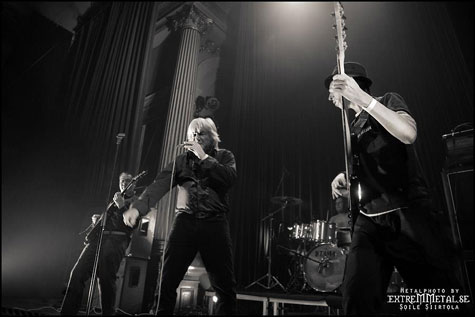 Desertfest are thrilled to announce that Doom Legends Pagan Altar are now confirmed for Desertfest 2013.

They are one of the few bands from the NWOBHM explosion that played doom metal, the notable other being Witchfinder General. Formed by Alan and Terry Jones back in ’76, the band disbanded in ’82 to reform again in ’04 and since then they have added to their debut album Volume 1 with releases of Lords of Hypocrisy, Mythical and Magical and Never Quite Dead. Their music can be described as epic and moody with occult-istic overtones. The UK 5-piece were originally set to play last years inaugural Desertfest but, due to unforeseen circumstances, they couldn’t make it, so they are very pleased to have them on the bill again for 2013.

So no need to worry, sacrifices won’t be necessary to witness the Doom of Pagan Altar.