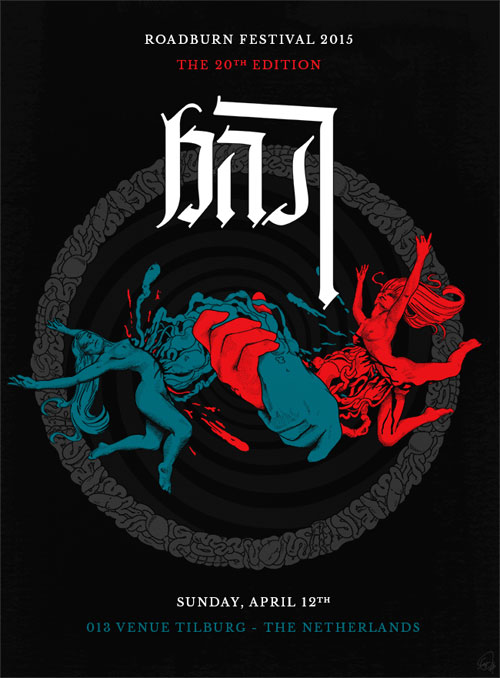 London-based blackened doom triad Bast burst into metal consciousness late last year having impressed mighty Conan main man Jon Paul Davis enough to make their album Spectres the first release on his own Black Bow Records imprint and soon after impressing all who strayed into their path of devastation.

Spectres sees the band ascend to the heights of epically blasting black metal with In The Beginning, plunge to the depths of tomb-scraping doom with Denizens with the moody, brooding Psychonauts glowering somewhere between the two and epic closing track Outside The Circles Of Time providing a brutal slow-motion pummel.

Over the last year Bast have managed to staunchly hold their own on stages shared with such behemoths as Yob, Pallbearer, Conan, Primitive Man, Coltsblood and Opium Lord and next year will see them upping their game yet more and bringing the hammer down at Roadburn in the Green Room on Sunday, April 12 at the 013 venue in Tilburg, The Netherlands.