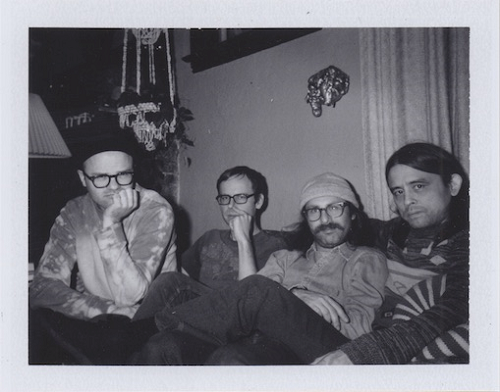 Portland, Oregon’s ETERNAL TAPESTRY have always had a feeling of interplay between their impressionistic music and the dense forests that surround their hometown, but on their newest album, Wild Strawberries, they take that naturalistic inspiration to new heights.

Wild Strawberries was recorded in a secluded cabin under the shadow of Mount Hood in Zigzag, OR. The Zigzag River flowed nearby, and the group spent time between takes learning about the area’s floral make up and relaxing under the stars. This idealistic lifestyle, however temporary, helped to chart the course of the recording process. Wild Strawberries’ artwork and song titles, which are named after plants specific to the region, both speak to the influence of that environment. The lush atmosphere combined with a week long sequestration from the outside world had a pronounced impact on the music, which unfolds in a panoramic slow burn. Wild Strawberries yields vast rewards for those who spend time in its aural forest. 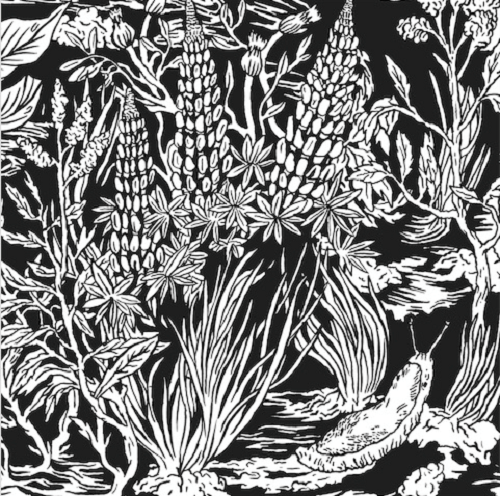 The contrast between the openness of the massive Oregon sky and the denseness of the trees is echoed in Wild Strawberries’ expansive guitar tones and looming organ drones. The album is thick with the lysergic leads that populated their earlier releases, but the airiness of the woods has seeped into Nick Bindeman’s guitar playing, refining it and opening it up to new modal possibilities.

The album as a whole unfolds patiently, but not without purpose. Prior to the recording session drummer Jed Bindeman came across 700 Phish cassette bootlegs, and it was on these cassettes that the sessions for Wild Strawberries were taped, using an eight-track recorder. Thanks to the relaxed vibe of the cabin, the band was able indulge in extensive improvisational experiments, playing around with the limits of the tape machine. The wealth of material allowed them to select only the most successful of their many pieces. Read their recent interview with Noisey.

Wild Strawberries will be released on 23rd February and will be available on 2xLP, CD and digital download. Pre-order from Thrill Jockey Records mailorder HERE.

NOTHING Stream Entire ‘Guilty Of Everything’ Album