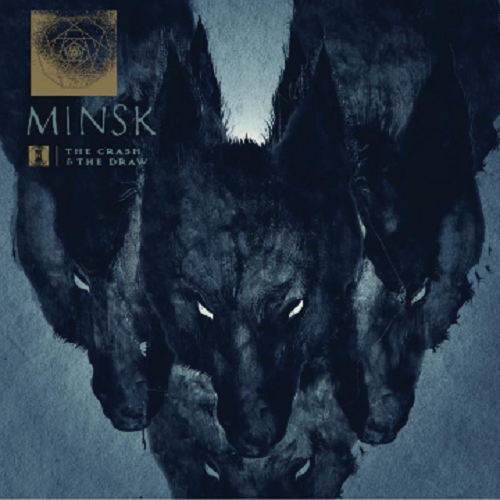 Following a six-year slumber, Illinois enigmatic sound conjurors, MINSK, are readying to unveil the otherworldly fruit of their long-anticipated new studio creation, The Crash & The Draw.

An instant contender for one of the most forward-thinking metal records of the year, The Crash & The Draw is a thematic continuation of the group’s long standing fascination with alchemical and esoteric ideologies, with marked nods toward the thought and writings of perennial inspiration, Kahlil Gibran, and the espoused words of Hermes Trismegistus, the fabled author of the Corpus Hermeticum and other sacred texts. The album boasts eleven arresting movements that transcend the confines of post-metal, sludge and psychedelia. A crucial sonic passage through dark and light that’s at once crushing, hallucinatory and at times, spiritually illuminating, tracks ebb and flow with a pastoral elegance and tangible urgency. A fitting audio soundscapade for those souls devoted to the manifestations of Neurosis, Rwake, Yob, Isis and the like.

The Crash & The Draw will be released via Relapse Records in North America on April 7th, 2015, April 3rd, 2015 in Germany, Benelux and Finland and April 6th, 2015 in the UK and rest of the world and will be available on CD, double LP and digitally. Further info including track teasers and preorder links to be unveiled in the coming weeks.