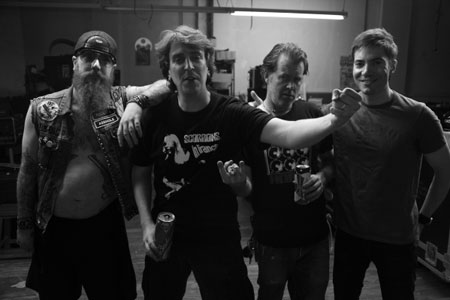 It ain’t politically correct and it ain’t safe. And it appears to be exactly what the world needs right now.

Hot on the heels of Ripple Music’s wildly successful “Blog Tour Release Party” which saw Legalize Tre Bags making it’s debut over a series of song premieres on The Soda Shop, Heavy Planet, Cosmic Lava, Grip of Delusion Radio, and The Ripple Effect, the accolades for Brooklyn’s MIGHTY HIGH have been roaring in.

Perhaps it’s because people are fed up with corporate greed raping the world, fed up with politics as usual, or merely exhausted by the cookie-cutter, overly-produced crap that passes for popular music these days. Or perhaps the world just wants to have fun and rock the fuck out! Whatever the reason, MIGHTY HIGH seems to have scratched a gigantic international itch for balls-out, irreverent rock music. 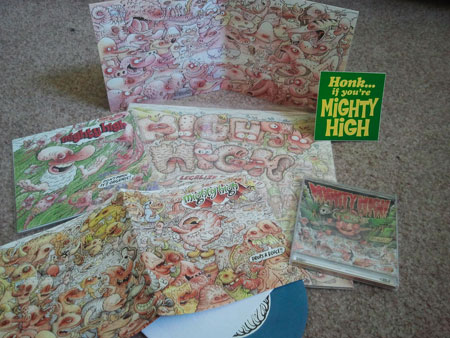 So, if snotty rebellion, played gloriously loud, with a big nod towards the 70’s legends of Motorhead, Grand Funk, and AC/DC is your thing, MIGHTY HIGH may have just released your album of the year. Or as Cosmic Lava succinctly puts it, “Fuck yeah, MIGHTY HIGH!”

BRUTUS: Svart Records Gear Up To Release ‘Behind The Mountains’; Pre-Orders Now Available