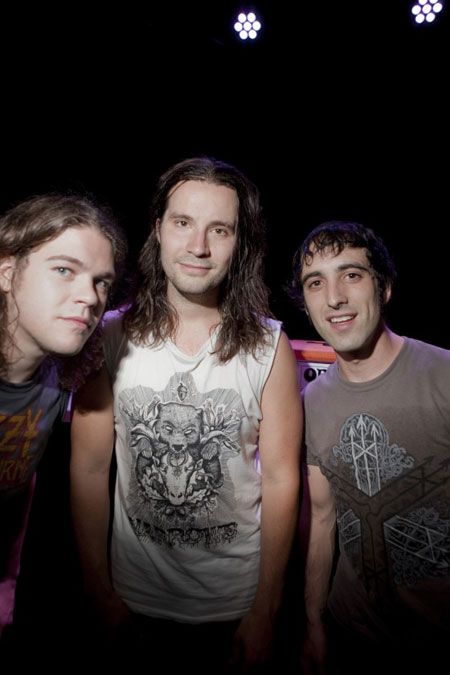 An ultra-amplified rock and roll juggernaut, the infectious new act, MUTOID MAN, was formed by guitarist/vocalist Stephen Brodsky of Cave In and drummer Ben Koller of Converge, joined now by bassist Nick Cageao.

Churning out some of the most revved-up dirge rock imaginable on their debut album, Helium Head, MUTOID MAN’s spaced-out, noxious blend of mega-jacked riffery is fueled by neckbreaking, white-knuckled battery, resonating with an awesome tone created by the band moving into a warehouse in Brooklyn for nearly an entire year attaining the properly foundation-crumbling amplification. Following its digital release this past Friday, this coming Black Friday, November 29th will yield the physical versions of Helium Head, as Magic Bullet Records puts the CD and three different colors of vinyl out on the streets.

In preparation for the devastation, Lambgoat is hosting a stream of the entire Helium Head experience. Get crushed RIGHT HERE.

After their maiden live performance earlier this Fall, MUTOID MAN this week released details on their upcoming record release show, once again at Brooklyn’s ultra-rad libations portal, Saint Vitus Bar; the shit hits the fan on Friday, December 13th, with more live actions to be announced in the near future. 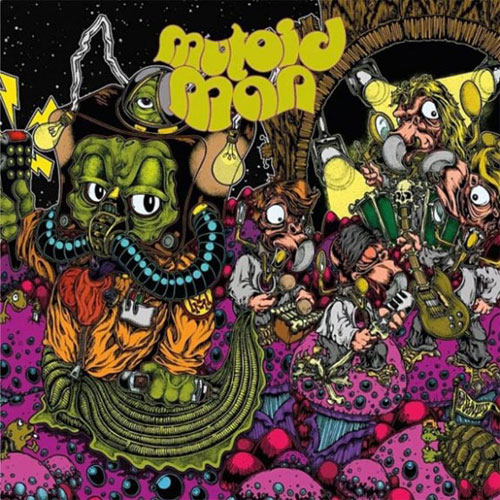 The high-water marks within the canon of heavy music can typically be both rapidly acknowledged and recognized by album names alone. Jane Doe, Until Your Heart Stops, Jupiter… Quite often, because of how impacting and paradigm-shifting the first listens are, fans of said albums can vividly recall the whens and wheres of the first time they encountered or purchased these works. The energy these MUTOID MAN guys naturally create when they jam-out is almost unspeakable. A jacked-up album firing on all cylinders as well as a few nitro tanks and rocket boosters opened to the max, Helium Head is like classic rock on bath salts and a case of energy bars.