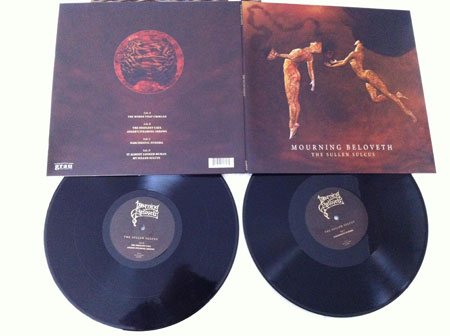 This year marks the 10th anniversary of the release of Mourning Beloveth‘s second album, The Sullen Sulcus.  Hailed as one of the best doom metal albums ever made the album embodies the genre at its slowest and heaviest .

Roadburn Festival will witness, for the first time, the full album played in its entirety (on Thursday, April 18th at Het Patronaat) and to mark the event Mourning Beloveth will have the official release of the album on double LP. With revised artwork the end result is nothing short of stunning. So immerse yourself in the nightmare envisioned on The Sullen Sulcus and dream forever in red.