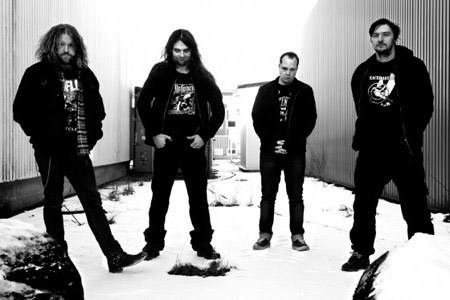 Having recently announced their official partnership with Southern Lord, Swedish crust lords MARTYRDÖD this week proudly unveil the details on, as well as hurl forth the planet’s first listen to, their foreboding new full-length, Paranoia. The ninth of eleven tracks forming the scathing Paranoia, “Köttberg” is one of the most direct tracks on the album, showing the world the band’s straightforward d-beat oriented style with crushing strength.

Rip it up to MARTYRDÖD‘s “Köttberg” through an exclusive premiere via Pitchfork, RIGHT HERE.

Set for CD/digital release in the UK/EU on June 4th, with the vinyl version to follow on June 19th, Paranoia is the first of several MARTYRDÖD recordings slated for release via Southern Lord. Recorded in the depths of the infamous Studio Fredman (At The Gates, Amon Amarth, Opeth), the album rages with the brute-force crustpunk attack found on previous releases, yet also expands the band’s sound with more dynamic leads empowering dis-harmonies and more tension-filled buildups than ever before.

The recently-announced Southern Lord label package tour will bring MARTYRDÖD to America in support of Paranoia this Summer alongside labelmates Enabler, Burning Love and headliners Black Breath, with Poison Idea, Noothgrush, Pelican, Power Trip, Wild//Tribe, Dead In The Dirt, The Secret and more taking part in the festivities along the way. Get in touch with me for more details.

After formation in 2001, MARTYRDÖD, have since slammed the crustpunk and underground metal scene with a surplus of CD and LP releases on such brutal labels as Plaguebearer, Havoc, Farewell, La Familia and Prank, as well as sporadic touring across Europe and a massive offensive on the United States in 2011. Featuring current/former members of Skitsystem, Agrimonia, Miasmal and more the outfit have amassed a brutally-diehard following in the underground hardcore, crust and metal scenes. 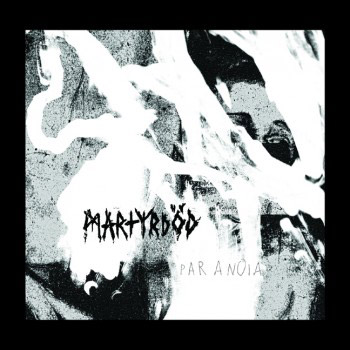