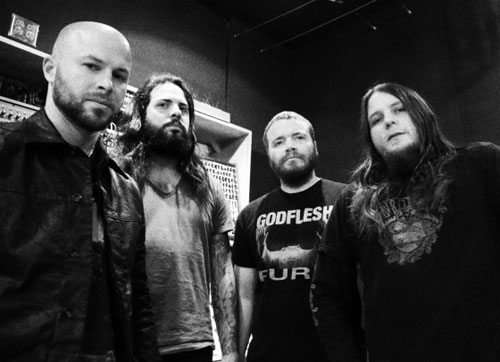 With the stench of their pungent Death Mask LP still fresh on the faces of the nonbelievers who have been trampled in its path, LORD MANTIS has confirmed the full routing of their impending tour to Martyrdoom III in New York City next month.

The LORD MANTIS bandits, joined by unholy French battalion, Hell Militia, will storm through the East Coast at the end of June, with shows confirmed in Worcester, Baltimore, Richmond, Charlotte, Atlanta, Knoxville, Lexington, Columbus and Chicago in addition to both bands’ inclusions on separate evenings of the five-day Martyrdoom III Festival in Brooklyn, where LORD MANTIS will perform alongside Mournful Congregation, Lycus, Vilkacis and Evoken on July 1st. 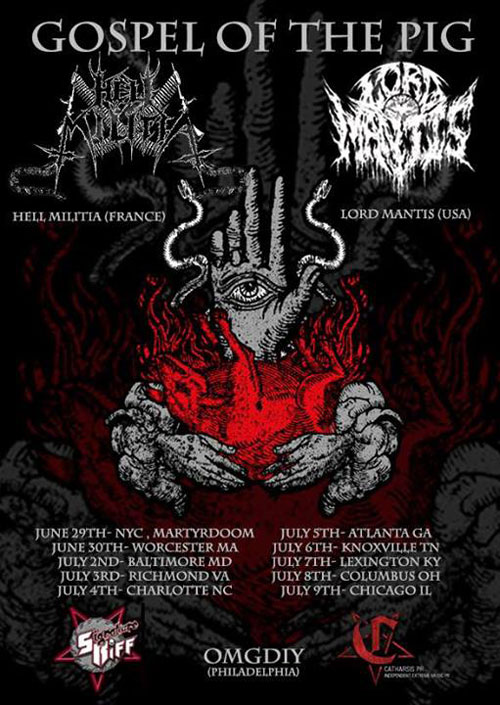 Profound Lore Records dispatched LORD MANTIS’ grueling third album at the end of April, dispelling any myths that this collective was to be ignored. Having been being doused by critical accolades from worldwide journalists (review here), Death Mask’s pulverizing riffs, incredible tones, scathing vocals and fully pained, corruptible lyrical tirades set this collective apart from even the leading acts in the so-called sludge/doom circuit.

With guest vocals by Dylan O’Toole of Indian and cover artwork by tattooist/musician Jef Whitehead (Leviathan, Twilight), the fifty-minute Death Mask was recorded with Sanford Parker (Twilight, Voivod, Eyehategod, Yob) at Chicago-based Electrical Audio and Soma Studios, also responsible for engineering both of the band’s previous LPs for Seventh Rule and Candlelight.