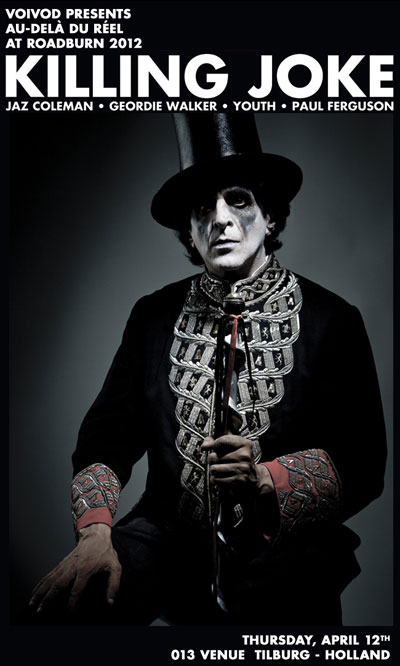 Voivod and Roadburn are equally thrilled to announce that seminal post-punk pioneers Killing Joke will perform at Roadburn 2012 on Thursday, April 12th as part of the newly expanded Au-delà du Réel event.

Killing Joke was at the top of Voivod’s wish list as soon as they accepted the curator invitation. Unfortunately, Jaz Coleman (vocals, keyboards and arrangements), Geordie Walker (guitar), Youth (bass) and Paul Ferguson (drums) could not make it to Tilburg on Friday, April 13th due to prior commitments. However, in the spirit of Roadburn and true to the Outer Limits theme, it was quickly decided to expand Au-delà du Réel and turn Voivod’s dream of sharing a stage with Killing Joke into reality.

More info on Killing Joke at Roadburn Festival 2012 can be found here. 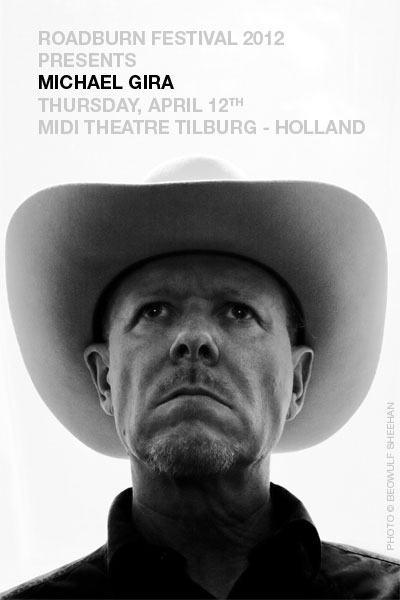 While Swans intensely heavy headliner performance at this year’s Roadburn is still resonating in our collective minds, we’re elated to announce the return of Michael Gira for an acoustic solo performance on Thursday, April 14th at the Midi Theatre in Tilburg, Holland.

More info on Michael Gira at Roadburn Festival 2012 can be found here.