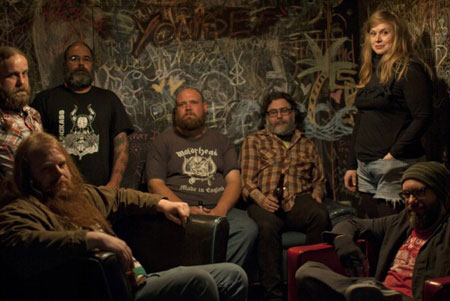 The rock ‘n’ doom derelicts at The Obelisk bring forth “7 Days,” the first official track premiere from Arkansas southern rock rabble-rousers IRON TONGUE. The tune comes by way of the band’s forthcoming The Dogs Have Barked, The Birds Have Flown debut. Produced by renowned audio sage Billy Anderson (Melvins, Sleep, Neurosis, etc) at IRON TONGUE guitarist Jason Tedford’s Wolfman Studios, the seven track offering is set for release via Neurot Recordings on May 27th in Europe and May 28th in North America.

Fronted by Chris “CT” Terry, the founding frontman of sludge legion Rwake, IRON TONGUE formed when a group of veteran players with diverse musical backgrounds found a common interest in the need to get down and dirty and way, way gone. Featuring CT alongside guitarists Jason Tedford and Mark Chiaro, bassist Andy Warr, drummer Stan James, keyboardist JR Top and backing vocalist Stephanie Smittle, IRON TONGUE offer up a thick, soulful blend of girthy, heavy-amped, blues-based rock. IRON TONGUE aren’t singing of magical moonlit escapades. These are songs of true hurt, regret and despair reminiscent of everything from the proto-metal stomp of Blue Cheer and Grand Funk to the darkest hours of Kiss, Deep Purple, Buddy Guy and ‘Skynyrd.

Comments The Obelisk: “…the album…makes no bones about establishing its own context and working on its own merits in establishing an atmosphere and constructing a genuine sonic breadth out of slow riffs, organic production, Southern woes and heaviness that goes beyond the tonal. As a piece of the whole, I think ‘7 Days’ represents these aspects well.”

Adds Stan James of the number: “‘7 Days’ is one of the first songs we wrote when we started… It’s one of our favorites and we’re glad to give everybody a sample of the album before it comes out. We’ll have another up for everybody soon!”

Hear “7 Days” at THIS LOCATION NOW. 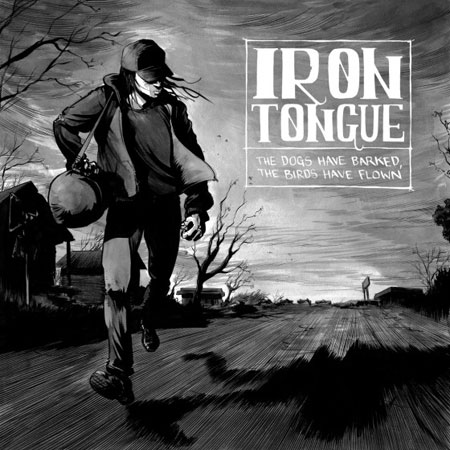 In related news, IRON TONGUE will bring the power of the riff to the stage with a handful of local shows beginning April 26with additional dates to be announce in the coming weeks. Stay tuned.

“a solid slab of balls to the wall shameless rock, with a power and an edge and soul that rarely exists in music today,” — Neurosis’ Steve Von Till 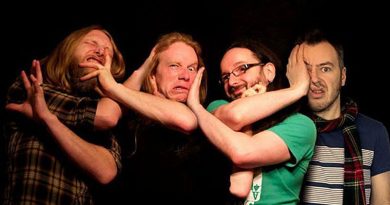