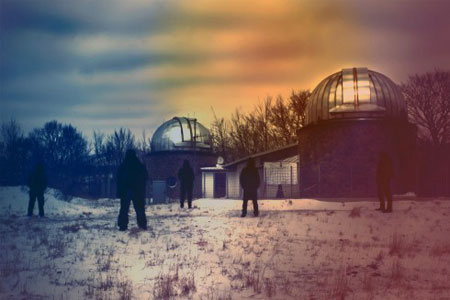 Supernatural Cat have prepared another teaser for Le Stelle: A Voyage Adrift, this time for the standout album track ‘Sirius B‘ which includes some fantastic imagery! See for yourself…

Italian riffmanglers INCOMING CEREBRAL OVERDRIVE are supporting Ufomammut in London Tuesday 24th April at the Garage in support of their third LP, Le Stelle: A Voyage Adrift, released 7 May via Supernatural Cat and Pre-sales are available HERE.

Showcasing the progressively-charged act’s unique methodological bombast with nearly 50 minutes of unclassifiable aggro-technical metallic thunder, even more focused yet equally as potent as their previous releases, Le Stelle: A Voyage Adrift is an album that will elevate the band from the cult depths they’ve roamed over recent years, its laser-induced riffs and neck-snapping time signatures will brand the name Incoming Cerebral Overdrive into the brains of all who endure the journey of the ten tracks on the LP.

I.C.O are currently touring with Ufomammut and will hit London tomorrow. Here are the remaining dates: