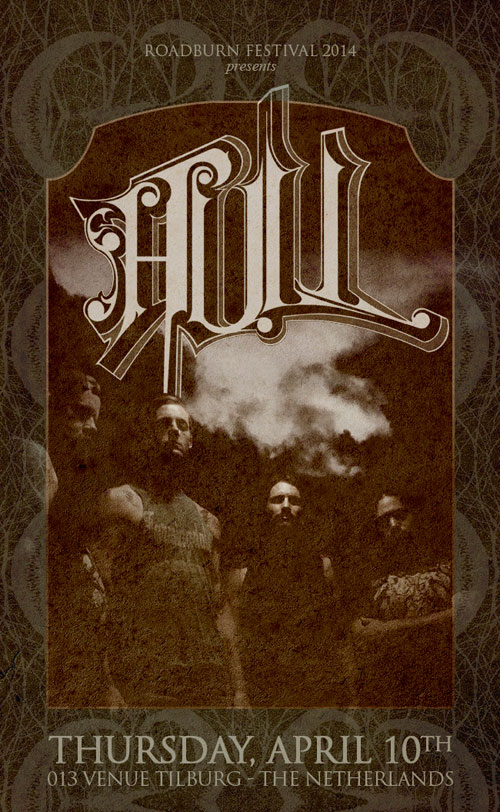 Brooklyn, New York sludge rock alchemists, Hull have been confirmed for Roadburn Festival 2014 on Thursday, April 10th at the 013 venue in Tilburg, The Netherlands.

Hull will be performing alongside a jaw-dropping lineup that already includes Opeth, Yob, Triptykon, A Storm Of Light, Crowbar, Graves at Sea, Lord Dying, and so many more.

Comments guitarist Nick Palmirotto, “Hull is absolutely elated to be a part of the vastly diverse lineup that will be gracing the stages of Roadburn 2014. Having had the tremendous experience of performing bass guitar duties for Jarboe in 2010, it is an honor for Hull to be a part of one of the most unique and unprecedented festivals in the world of heavy music. Our gratitude speaks no bounds, we shall forge onward through the barren lands, beyond the lightless sky.”

Hull released their monolithic Beyond The Lightless Sky full-length via The End Records in 2011. Commended by The Village Voice (NYC) its “motorcycle-revving D-beat, bog-trawling doom, sinister black metal, Neurosis drum-offs and hypnotic passages that gnash like a venom-dripping cousin to the final Isis album,” Beyond The Lightless Sky features guest appearances by vocalist Jarboe, keys/ambiance by Fade Kainer (Batillus / Jarboe / Inswarm) and has reaped critical acclaim internationally for its delicate balance of staggering heaviness and poetic grace.

Hull materializes as a massive entity storming stages and immersing their audiences in a blanket of grandiose down-tuned compositions. A shifting fault line of decibel heavy harmony, this collective force converges in a collision of thrash, doom, classic rock, and formal orchestral works.

Hull commands their listeners through each riff with incredible precision, as a seafarer guides vessels through ominous waters. Submerged in cosmic soundscapes, Hull challenges the mind with flowing, off-time fugues and powerful, dynamic movements.

Brace yourself for an onslaught of eruptive force as a new world of music is formed in the deafening clap of thunder that is Hull.