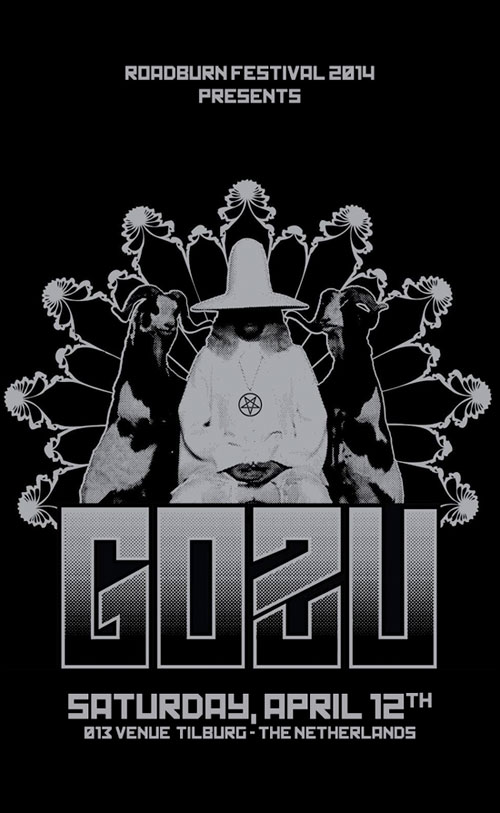 Following the instant critical success of their sophomore recording, Locust Season in 2010, Boston’s Gozu continues to go deep into stoner chug territory on their latest album, The Fury of A Patient Man. Dropping colossal bombs of pure rock fury, Gozu thrive on fuzzed-up guitars, tight motorik drumming, sharp melodies that a lot of bands would die for, and the magic ingredient – pure downright soul!

From the swaggering glory of ‘Bald Bull’ to the 12 bar buzzing boogie of ‘Salty Thumb’ and the upright yet dark guitar crunch of ‘Disco Related Injury’, Gozu will totally raze Roadburn Festival 2014 when they take the stage on Saturday, April 12th at the 013 venue in Tilburg, The Netherlands.

On their first ever European tour, Gozu will take no prisoners and leave no room to breathe, cuz the band’s stripped down highly infectious riff rock is as mountainous as it is undulating  — Gozu will throw us a rocking bone and fight it out to the end! Hell, we didn’t even mention the band’s ability to bust out a loose yet structured jam like on ‘The Ceaseless Thunder Of Surf’, which sees Gozu invoking the spirit of Neurosis.

Roadburn‘s ready, bring it all on!