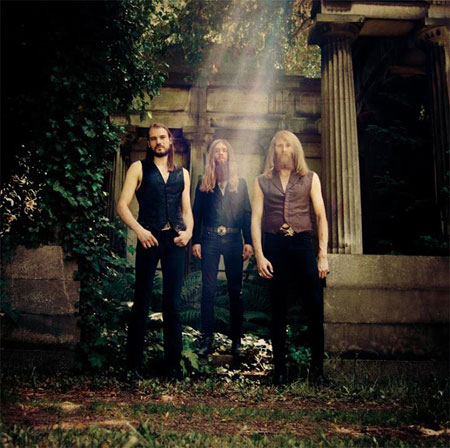 Berlin psychedelic hard rock trio KADAVAR has announced a North American headlining tour, set to kick off on April 4 in Houston, TX. The scheduled five week trek — presented by Scion AV — will see the band take the stage in 25 major markets across the U.S. and Canada, bringing its much talked about live show and deep daze retro-metal to as many music fans as possible. KADAVAR continues to thrill audiences across the globe, touring in support of its latest LP Abra Kadavar, a record that “takes us back to the origins of metal” (Popmatters) and self-titled debut, called “perfectly styled 70s psych-metal from a Berlin trio that cheated on Led Zeppelin with Pentagram” (SPIN).

“We are excited to return to North America and our amplifiers are at the ready,” comments KADAVAR vocalist / guitarist Christoph Lindemann. ”We hope you are ready for what we are bringing your way. See you soon.” 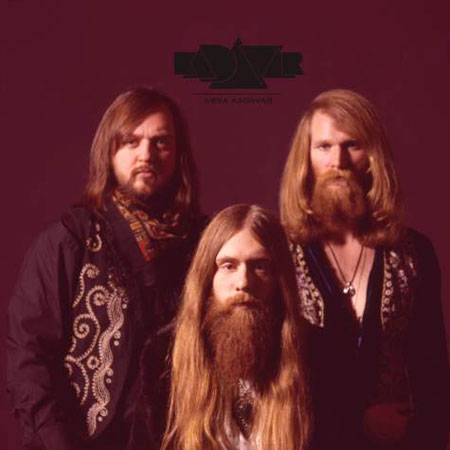 As part of the tour, KADAVAR will make high-profile live appearances as part of both the Austin Psych Fest, New England Metal & Hardcore Festival and Psycho de Mayo Fest in Santa Ana, California. Additionally, KADAVAR will showcase as part of the 2014 SXSW Music Conference, performing multiple sets at the popular multimedia event. See below for full details.