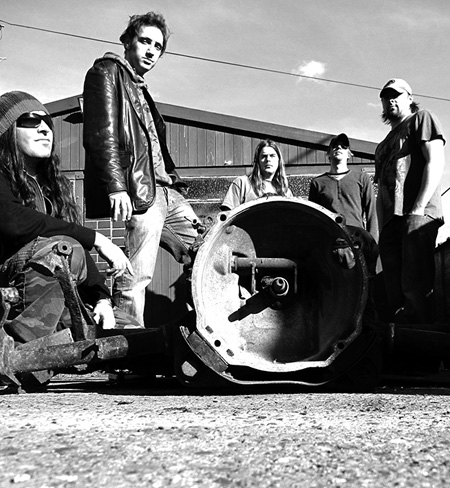 The track proved to be so popular on the band’s recent tour in support of Clutch and on subsequent gigs, that they have decided to put it out as a digital only release, backed up with a brand new song “New River”.

“We were blown away by the reaction of the crowds on the Clutch tour, but the reception Monkey City received just couldn’t be ignored” says Tom Smith, GENERAL drummer.

“We took the decision to put the song out with a brand new video as a way to get it out to more people, but we also wanted to give something fresh and exclusive to the hundreds of fans who have shown us their support over the past 12 months. So we chose a recording of New River that was debuted on the tour and we recorded in Manchester at the Ritz”

Check out the exciting new video created by independent video producers WINDUPMONKEY below and to order your copy of Monkey City/New River, head over to GENERAL‘s website at www.general-hq.com.