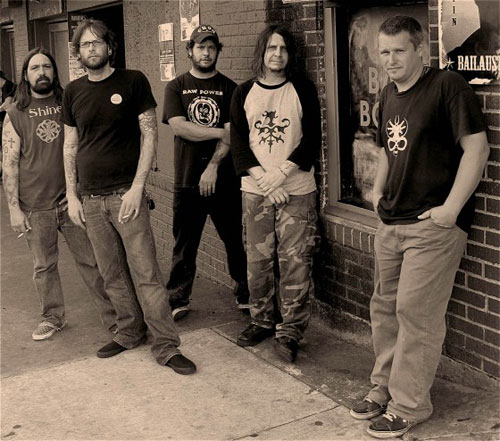 In celebration of their 25th anniversary, New Orleans’ legendary purveyors of hardcore, blues-based, post-amplified audio wreckage, EYEHATEGOD, are pleased to announce three very special performances next month. The ruckus begins September 13 where EYEHATEGOD will return to the Ottobar in Baltimore for the first time since 2009, alongside New York Hardcore progenitors Agnostic Front and Cro Mags and the original lineup of Los Angeles crossover legends Final Conflict! That same weekend, EYEHATEGOD will cause maritime chaos for the second time as part of The Rocks Off Boatshow! Confirmed dates and ticket links are included below.

EYEHATEGOD is currently crumbling stages throughout Europe. The live debauchery kicked off on July 19th in Warsaw, Poland and continues to systematically bludgeon the eardrums of the willing and unwilling throughout the lands. The journey will come to a ceremonial close on August 20th in Toulouse, France.

Stay tuned for further EYEHATEGOD intelligence – including new album details – to be disclosed in the coming weeks.