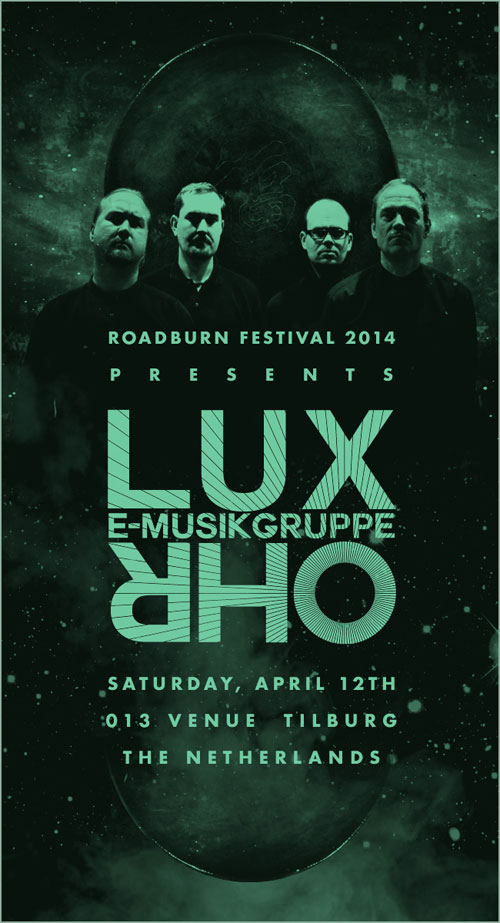 To those who have been following Roadburn over the years, it won’t as very much of a surprise to know that they’re obsessed with the synth dominated, galactic travels of Popul Vuh, Ashra Tempel and Tangerine Dream, bands who helped to pioneer Kosmische Musik back in the early 70s.

As children of the heady 60s and heavy 70s, Roadburn aim to project a path through the depths of the cosmos by way of our little festival, and they’re excited to announce that E-musikgruppe Lux Ohr will map out this journey into the unknown on Saturday, April 12th at the 013 venue in Tilburg, The Netherlands.

Hailing from Finland, E-Musikgruppe Lux Ohr traverse the same kometenbahn as the aforementioned innovators, and deliver a modern yet authentic take on the spirit of Germany’s electronic and experimental rock of the 1970s.

E-musikgruppe Lux Ohr take the musical structures of their cosmic forefathers, but they distill and refine it by adding the best elements of 1980s chilled out techno to their sonic amalgamation, creating an ethereal experience that never finds itself drifting aimlessly.

All the members of E-musikgruppe Lux Ohr have been active in various underground scenes for a long time: Kimi Kärki is the founder and guitarist of doom metal bands Reverend Bizarre and Lord Vicar and a psychedelic, progressive band called Orne. Ismo Virta leads a folk prog band called Kosmos and also makes up a dark ambient duo Dystopia with Pertti Grönholm.

Join these space cadets on their quest for distant horizons.