Caveman Battle Doom Lords CONAN and European purveyors of fine riffs BURNING WORLD RECORDS-mothership of Roadburn Records and home of musical heavyweights Gnaw Their Tongues, Lustmord and A Storm of Light- have joined forces for the release of CONAN’S first full length album.

This leaden slab of doom is due to be recorded towards the end of the year at the renowned Foel Studio, with producer Chris Fielding. The album is pencilled is scheduled for early 2012. The release will follow on from the success of 2010’s devastating Horseback Battle Hammer (Throne Records / Aurora Borealis Records) and the current release, a grim black hole of tone in the form of a split with Northern Ireland’s Slomatics (Head of Crom Records). CONAN slay all with a compelling mix of devastating drones and warhorse-gallop crust to drive home their brutal intention and wrestle victory from the jaws of chaos. 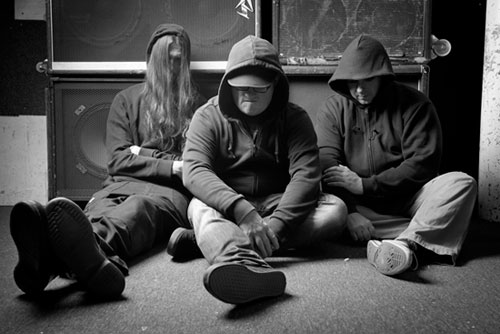