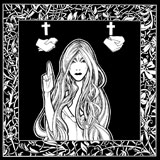 Having sold every last copy of their debut LP ‘Scythe & Dead Horse’, Mountain Witch set about feeding the hungry masses with a chunky sandwich, packing a big fat dollop of desert-rock in between ‘Intro’ and ‘Outro’ – two thick 5-minute slices of weird and spacey electronic desolation. This set-up feels like it should be a great idea, but in reality it leaves the simple riff and tumble of ‘Death Obsessed’, ‘Wrath’ and ‘Severance’ looking like a clumsy schoolboy trying it on with an uninterested college chick. With only a small amount of valuable vinyl-time, it’s mystifying why MW chose to use ten minutes by firstly sampling passing footsteps and medieval organs, and lastly spooky circling electronica, which just doesn’t gel at all with their Firebird-esque groovy times.

MW make a point of telling us in their biog that they had considered using far more vocals on this, their second release, but decided to say “fuck it!” completely and go for 100% instrumental boogie. The bonghead riffs are beefy and rich as Bisto, but ultimately quite one-dimensional without a southern drawl to narrate the cosmic stories forward. ‘Severance’ brings in some swirly distortion effects, but in reality it’s just one reasonable riff played flatly over and over and over and over again.

Big bonus points go for the production and mix of the record – minimalistic and raw, in the fashion of Budgie or even Gentleman’s Pistols. You can almost smell the electricity, musty beer and 1970s vibe from the vintage amps and thudding drums, and the use of an original mellotron and tube amps together is impressively retro. If the riffs carried more dynamism and sounded less like you hadn’t heard them all before, MW would be very cool cucumbers.

If Mountain Witch were playing in my local pub, I’d definitely stop my conversation to wander over to watch, sip a cold pint and nod my head for a bit, but as a limited edition vinyl, they may find it very difficult to cut through the crowd. 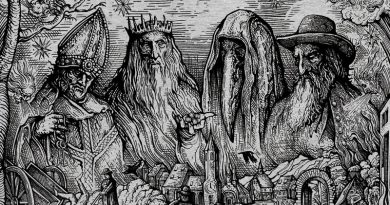