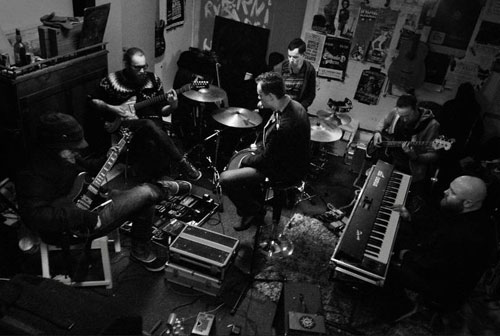 Finnish band CALLISTO, perhaps best known for their genre-defining post-metal classic Noir (2006), have joined forces with local label Svart Records. A new album – the band’s fourth will be recorded in the summer, and released in November of this year.

A transmission from the CALLISTO headquarters reads: “CALLISTO and Svart Records have agreed on a deal that will put the band’s fourth, yet-unnamed album out in November 2014. A long, nearly 12-year journey with Fullsteam Records has thus come to its end. It is also time to take new directions booking-wise. From now on, CALLISTO will be booked by Nem Agency, both domestically and internationally. The band has been working on their upcoming album sporadically for a good while now, taking a hiatus from touring. CALLISTO‘s first scheduled show this year is Germany’s Freakstock Festival in August. The band is now taking booking requests for a Finnish tour in November/December 2014 and abroad from January 2015 onwards.”

More news will follow over the coming months so watch this space.