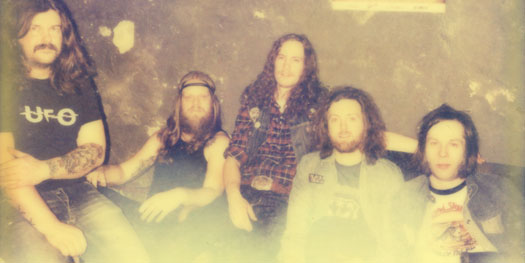 BRUTUS are a Scandinavian quintet – part Swede, part Norwegian – who subscribe to the Witchcraft school of throwback hard rock. Meaning that their brand of psychedelic hard rock is 100% ProTools-free, groovy, butterfingered and is guaranteed to make you flush down the toilets all those so-called ‘modern’ bands, grow your beard and listen only to Blue Cheer, Black Sabbath, Pentagram and Grand Funk Railroad – as if it was the 70’s all over again!

Two years ago, BRUTUS‘ self-titled debut album was already a good kick in the nuts. And the band’s first full-length for Svart Records ‘Behind The Mountains’ is exactly what the doctor ordered. No gimmicks, no tricks but just nine tracks (including the butt-shaking “Big Fat Boogie”) of pure, bluesy and soulful music that comes straight from the heart of those retro-rockers, enhanced by Maarten Donders mind-bending artwork. 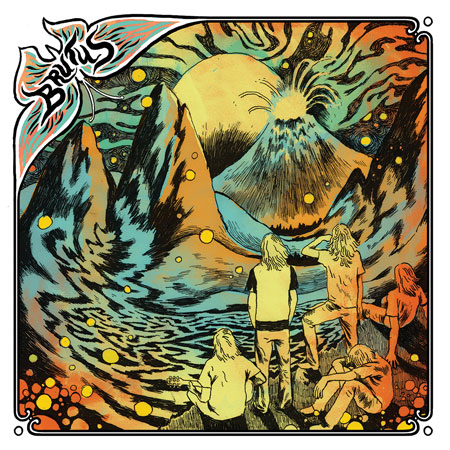 Comments the band: “Behind The Mountains was recorded in various parts over a long period, so it took a while to get ready. But we are really happy with our second album, so it was all worth it. The songs were recorded in Subsonic Society here in Oslo, the same studio that we used for the split EP with Graviators. For mastering and mixing, we used Micke Nilson and Henryk Lipp from Music-a-Matic studio in Gothenburg – same guys we worked with for the debut LP. Now we just want to put it out for everyone to enjoy it as we do.”

As a teaser for the new album, BRUTUS recently completed a video for “Personal Riot” the title track of a limited-edition single set for release by SVART on May 24th. The video for BRUTUS’ “Personal Riot” can be viewed in its entirety below:

‘Behind The Mountains’ is set for release on CD and LP on June 14th and Pre-Orders can be made via Svart Records from their webstore HERE.