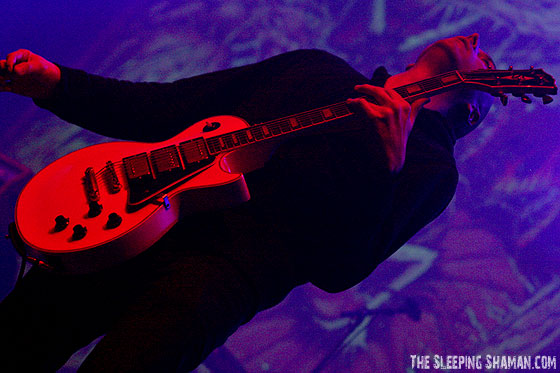 Chicago’s Bongripper play their own unique brand of steam-rolling stoner doom. They specialize in extended instrumental trips that investigate the far-reaches of gut-wrenching heaviness. Post-rock fans should take note, they also know the importance of using melody and atmosphere to bring their records into a cohesive whole.

Since 2005 they have been building a steady reputation with five albums to date, their most notorious being ‘Heroin’ which was released in very limited quantities and came with a heroin kit, complete with a lighter, rubber band, and spoon.

They have supported masters of menace such as EyeHateGod and Cough. On-stage they are something to behold, heads-down with the volume at 11, the ebb and flow of their soundscapes conjures up scenes of destruction, desolation and absolution.

This is a rare chance to see a band that do not play live often, especially outside of the US, so count yourselves lucky for this for great opportunity laid-on by Desertfest 2013!