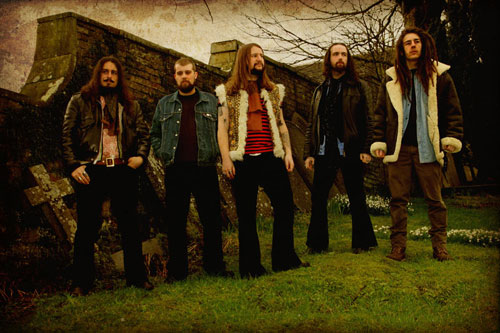 As the date to the official release of BLACK MAGICIAN’s debut album ‘Nature Is The Devil’s Church’ draws ever closer, today Shaman Recordings makes the final track from the album ‘Chattox’ available to stream which you can check out below.

And for those who just want a digital download, pre-orders are also now available from Shaman Recordings Band Camp page at http://shamanrecordings.bandcamp.com/ with the full download becoming available on Monday 3rd September.

Read on for more information about the album… 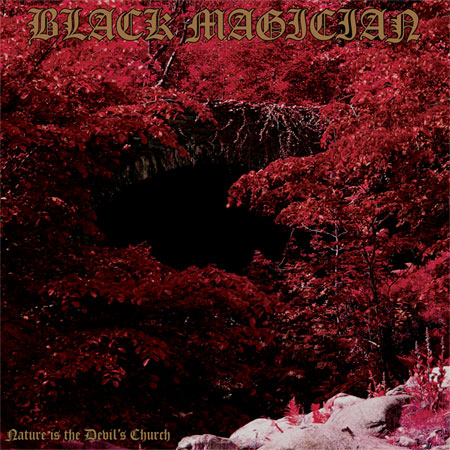 With a name like BLACK MAGICIAN you sure as Hell ain’t going to be getting glam rock or emo!!! No sir, these Liverpudlian retrogressive throwbacks are about to drop their debut album, ‘Nature Is the Devil’s Church’…5 tracks of expansive, ritualistic, soul stealing doom of the highest order in a little over 40 minutes. Huge, monolithic riffs entwine with swirling Hammond organ around unique throat burning vocals combine to create a sound that has been described by the living legend that is Doomlord as “Atomic Rooster playing early Cathedral”, nuff said!

Shaman Recordings will be releasing just 300 copies of ‘Nature Is The Devil’s Church’ on appropriately sacrificial blood red vinyl that also comes with a digital download card, pre-orders available HERE and for those of you who prefer things a little more compact, Burning World Records will be handling the CD version with a planned release date towards the end of September 2012 with pre-orders starting very soon!