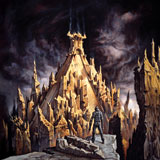 The adjective ‘brutal’, like many others (such as ‘monolithic’ and ‘crushing’), has been bandied around far too much for its own good. When a writer uses it to describe the sound of a band we are oft numb to its implications through overexposure. I’m going to use it now in the next sentence. Xibalba are brutal. That is all I need to say. I do not exaggerate. Let us examine the evidence. I went to see them live in June this year, upon the recommendation of a colleague. I witnessed thirty perfect minutes of BRUTAL metalized hardcore. Jesus Christ this was the real deal. Hulking sullen vocalist Nate Rebolledo glaring then spitting out such fury with his background of assembled compatriotas pounding and grinding with a mechanical precision rarely seen on that little stage. South California Latino fury – righteously executed in a manner that made me fucking grin like a daft chimp.

I bought the debut album (‘Madre Mia Gracias Por Los Dias’) at the gig. It inhabited my CD tray for weeks. This is their second, also on Southern Lord. Brutal amigo, brutal. Not as groove heavy as the first offering, more Swedish. As in Dismember and Entombed. And with a dash of American too, as in Autopsy. In addition the whole package is shot through with a noble Californian hardcore heritage, the rich culture that is there for the young suburban American to plunder as an alternative street music of genuine credibility to rap and hip hop. I cannot listen to this album in one go – it is TOO MUCH TO BEAR. Too heavy and vicious and tribal and just too damned OPPRESSIVE. These sonic thugs do not fuck about, they lurch straight for the throat and stay clamped on until the bitter end.

The pace is set by the relentless up-tempo blitz of opener ‘No Serenity’, an absolute skin-stripper of classic So Cal/NYC crossover HC meets death metal proportion. The inescapable drums of Jason Brunes pound pound fucking pound into the cranium with no regard for mental health whatsoever and the twin down-tuned guitar attack lays down a smothering blanket of Maya-induced horror that cloys and clings to the neurons like a horrible sick fug. The breakdowns throughout the whole album are superb too – massive carpet-bombing swathes of guitar hang in the air chugging and creaking – I see the windmill-armed HC kids kung-fu kicking the edge of the moshpit and careering in spastic spirals of rage. And the rest of the album, which is literally enormous in its expansive and all-conquering heaviness, continues in similar brutal fashion. The words veer between English and Spanish, giving Chicano authenticity to the entire project.

‘Soledad’ hangs suspended on huge (and I mean huge) low-end riffs that churn and lurch whilst ‘Laid to Rest’ and ‘Burn’ continue the grooving death-grind. On such tracks Xibalba’s malicious sound strides from the speakers with an undulating precision and a drum-heavy bludgeon of such ferocity that ‘normal’ people may run for cover, fearing for their sanity. And there lies the essence of the album. An iron will to search and destroy. ‘The Flood’ opens with quasi-tribal almost Brazilian samba-style drumming (I recall the battery of rhythmic might practised by classic Sepultura) that builds the tension until the super-slow grind hits home and steamrollers like a death-machine from the future.

Pivotal track ‘Hasta La Muerta’ is vocalised in Spanish and is one of the more complex numbers as it mutates tempo with the gear-shifting ease of a juggernaut. In total we have 55 minutes of suffocating hell. Maybe this album doesn’t quite have the variety that some listeners may demand, and lacks a little of the urgency and groove-riven energy of the debut. Yet it still appeals so deeply because it is so utterly and unbendingly relentless and dark. To admire these eleven tracks is to admire the psychopathic tenacity of a wolverine. 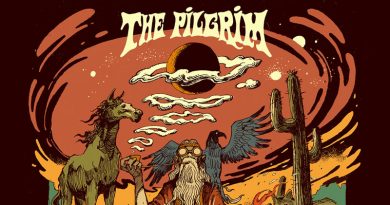 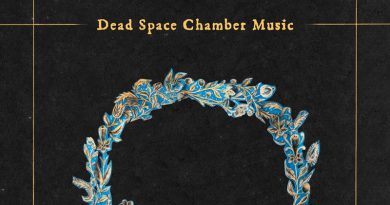